ZTE doesn't have the glitz and glamor of Samsung, but it sells a surprising number of phones. The company is on-hand at Mobile World Congress to show off its latest devices. There's the Blade V9 (above), which is a run-of-the-mill budget Android phone. Then we have the Tempo Go, which is the first Android Go phone from ZTE. In fact, it'll be the first Android Go phone in the US (although it might have a different name).

The day that many ROM enthusiasts have been dreading has arrived: the CyanogenMod Team has announced the end of life support for the original Nexus One, along with other first-generation Snapdragon devices, including the HTC EVO 4G, [Droid] Incredible and Desire and others. None of these devices have official builds of CyanogenMod 9 (though plenty of independent ROM developers have done their best) and they won't be getting any CM updates beyond the 7.X Gingerbread branch. 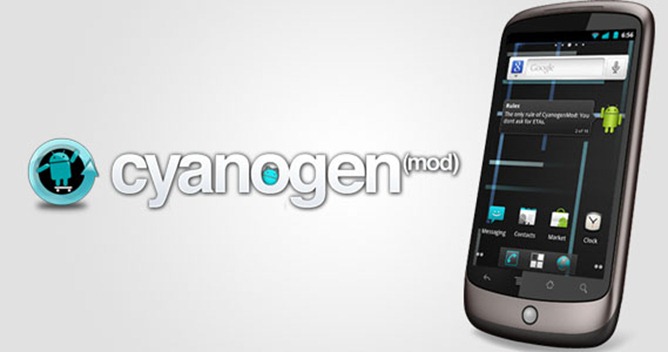 The reason is a limitation in the media libraries of most of these devices, as well as a general lack of on-board storage in the second generation of Android hardware.

Having your phone model supported by CyanogenMod's community is quite an honor nowadays, and for many people it's a deciding factor when picking up a new phone. CM usually stays ahead of the curve and is likely to support your phone well after manufacturers and carriers stop showing any interest.

Check out our ZTE Blade review: ZTE Blade / Orange San Francisco Review: Two-Thirds Of A Nexus One For One-Third The Price

There are no final builds just yet, but you are free to download and flash the CM7 Release Candidate from here.

Since the advent of Android in 2009, the family of devices running Google's mobile OS has grown from one handset to now hundreds and possibly thousands of unique models. In recent months, Android has seen an explosion of devices coming from lesser-known Asian manufacturers, with one of the main selling points being price. The manufacturers realized that with Android they had a readily and freely accessible operating system, a large market of potential customers, and all they had to do was put together a cheap device to capitalize on Android's continued growth. Unfortunately, these devices often cut corners where things mattered the most - poor displays, resistive touchscreens, bad build quality and a litany of other crimes against the gods of consumer electronics.

Here's some great news for owners of the budget flavour-of-the-month, the ZTE Blade. Saddled with Éclair at birth, the dudes over at MoDaCo's ZTE Blade section have given their phones a new lease of life with a Froyo port from the domestic Chinese model to their beloved Orange San Francisco.

The ROM is very much in the Alpha stage right now, but even so it is very exciting news for those of you who have heard of the Blade. For those of you scratching your heads in bewilderment, stay tuned - our ZTE Blade review will be up early next week.

Here's a device that's been making some waves in the UK Android community. Over at MoDaCo.com, founder Paul O'Brien picked up Orange's rebranded ZTE Blade for £99 ($160) with a pre-paid SIM. Judging from his video, it seems that you get quite a lot of device for your money, including that aforementioned 3.5" AMOLED screen. Despite being burdened with a silly name and an abundance of network shovelware, the Blade/SanFran's 600 MHz CPU appears to run Android 2.1 pretty nicely.

As is his wont, Mr O'Brien has cracked the Blade right open, with root being achieved pretty much immediately, and the tantalizing prospect of an AOSP Froyo ROM hanging in the air.