YouTube Kids is like YouTube... but for kids. Okay, it's not the most difficult concept in the world. Neither is the urge to take a video streaming to your tablet and make it bigger. With the latest version of YouTube Kids, your little one now has that option. Chromecast support has arrived.

You know, it's not as if cartoons based on video games are new. Mario. Sonic. Mega Man. Excuuuse Me Princess Zelda. The thing is, I don't think I can recall any of those ever being good. Fruit Ninja developer Halfbrick Studios seems intent on following in the steps of Rovio and ZeptoLab by adapting its most popular game into a TV series. Interestingly, the company is partnering with YouTube to do it.

The kid-focused Fruit Ninja series will be thirteen episodes of eleven minutes each, which is a sizeable commitment even for relatively inexpensive CG animation. According to the Australian company's press release, the series will be aimed at 6-to-10 year olds and their parents, and it will be accessible from the specialized YouTube Kids app and the various Fruit Ninja games on Android and other platforms. The search giant has reportedly worked on YouTube Kids for quite a while, and by late last week, today's launch date had already leaked out. 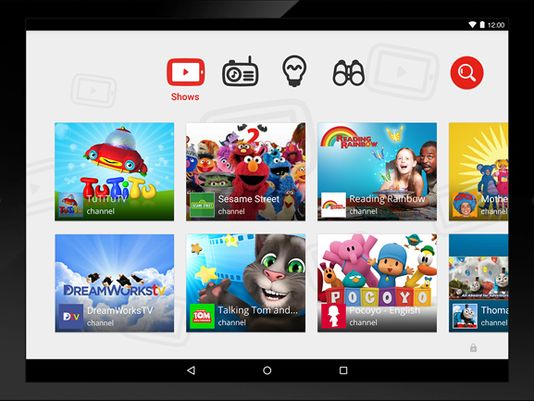