Microsoft has a music app. No, really, they do! It may have escaped your notice with the launch of a new service from a certain other company and the continuing dominance of Spotify, but the Xbox Music service is still going strong. Sort of - apparently Microsoft didn't think that brand name was strong enough, so they changed it to Groove. That name hasn't made it to the official Android app, for some reason.

Do you like Halo? I mean really like Halo, like you've got a little light-up Cortana on your desk and you actually know the names of the various rainbow color versions of the Master Chief? Can you write me a 20-page essay on the leadup to and fallout from the battle of Reach? Then today is your lucky day, because Halo has come to Android... in the form of a video app with clips and guides and stuff.

Update: Oddworld: Stranger's Wrath has been released on the Play Store, and glory be, it looks like it's not exclusive to anything. You can download it now on any Android 4.0 or higher device, and the Play Store version has the same external controller support and $5.99 price tag. Thanks to commenters step_jac and Amarus Kh for letting us know.

Update again: It looks like Stranger's Wrath is compatible with Android TV as well.

Microsoft may have its own smartphone platform, but when so many Xbox gamers walk around with Android phones in their pockets, it would be a shame to ignore them (or their wallets). So the company has rolled out another update to its Xbox One SmartGlass beta app, and this one introduces the ability to purchase games and add-ons for the console remotely. It's a nice feature for people who have run out to buy an Xbox One with or without Kinect.

Microsoft and Google are ostensibly competitors, but Redmond seems to be setting aside its mobile aspirations in the name of supporting its new game console... and considering all the money in gaming, it's easy to understand why. So in addition to both Xbox 360 and Xbox One versions of the official SmartGlass app, there's now a separate beta build of the Xbox One app.

The beta version was introduced to help test a series of incoming features, which are outlined in this post on Microsoft's official Xbox portal.

Microsoft has already dabbled around with expanding the Xbox Live experience to mobile devices, but if a recent report from The Verge is to be believed, the company may be about to ramp up its efforts significantly. Our good friend Sources, who is familiar with Microsoft's plans, claims that Microsoft is building a platform that would extend Xbox Live functionality to Android and iOS. Instead of using Google Play Games or Apple's Game Center to track achievements, find other players, and compete with one another, you would be able to use Xbox Live instead.

There's yet another streaming music option on Android, and it comes courtesy of Microsoft. An Xbox Music app is set to debut today in Google Play. It will provide access to unlimited streaming to Xbox Music Pass subscribers, but the initial release is a little light on features. 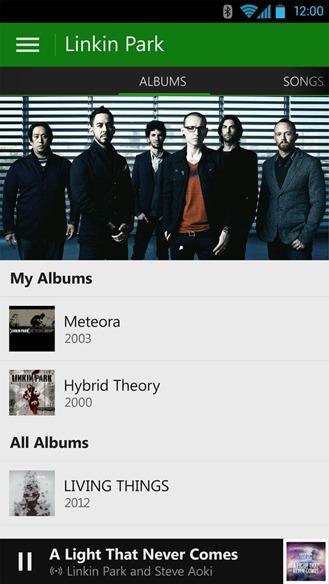 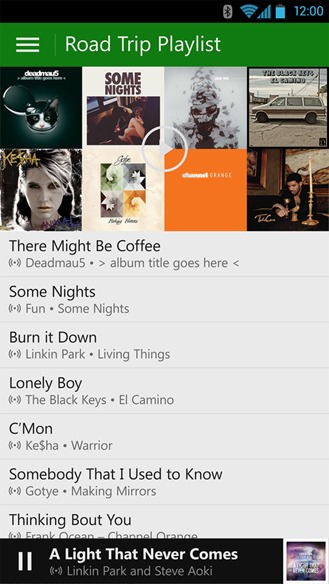 Sine Mora got its start on the Xbox Live Arcade last summer and has slowly but surely been spreading to every platform under the sun. The 2.5D space shooter might not be the "legendary cult classic" that its description alludes to, but it's certainly been well-received by shmup fans, and it's now available on Google Play after a brief spell on the Amazon Appstore. It's a bit on the pricy side at $5.99.