Firefox for Android is pretty great these days, and it's about to get a bit better. Firefox 65 just entered the beta channel, and it includes support for a long-awaited web feature — WebP images. Two new features are coming to Chrome for Android today, but they'll be old news if you have been running the beta of Chrome on your device. Bandwidth management and homescreen web shortcuts are both graduating from beta status, and will be showing up in the new version of stable Chrome. 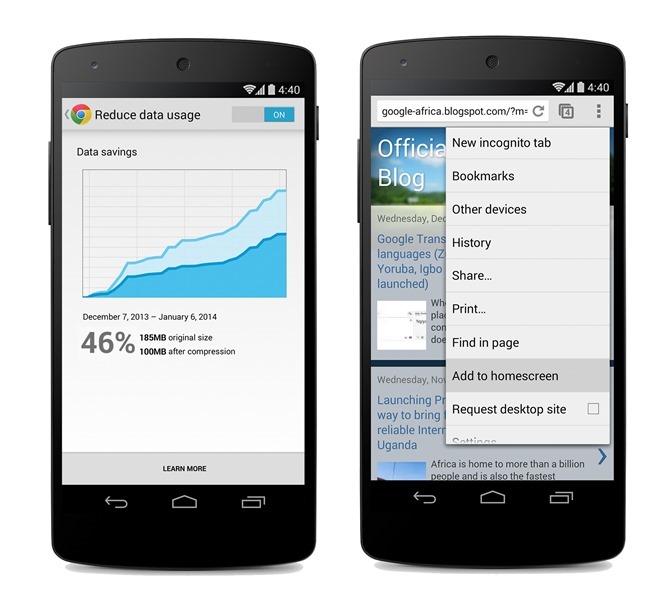