As Googler Andy Bohm notes on G+, Google's Privacy team didn't appear on stage during the I/O keynote this year, but that doesn't mean the team didn't have anything awesome to talk about. Specifically, Google has launched a revitalized account management interface. The new My Account page injects privacy and security settings with simple navigation, easily understood explanations, and tons of awesome illustrations to walk users through checking, changing, and otherwise managing their account/privacy settings. 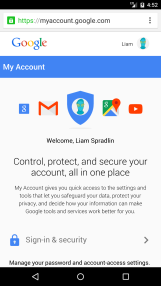 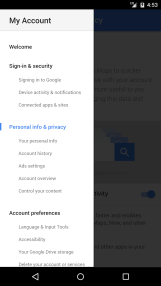 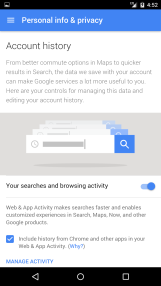 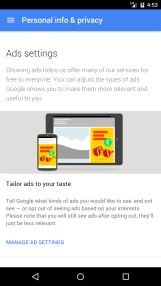 Chances are your Google account has a lot of information about you, and managing that information is important, so it's nice to see continued efforts from Google to make that process easier to understand and execute (Google's privacy checkup took me <60 seconds before finishing this post).

Google just rolled out an update to Play Music, but not for the app. This time it's the web interface that is getting a fresh coat of paint—an interesting shade of Android app. Yes, the web interface looks almost exactly like the app now.

In every popular album there always seem to be one or two songs that get the vast majority of attention, no matter the relative quality of the other songs. Google, for whatever reason, has decided to give this phenomenon a bit of visual representation. Head on over to the Google Play Store and click "music" (not the Google Play Music player interface), then pick any of the various albums featured on the front page. You'll see a new column in the track listing, ranking each song in popularity, presumably in relation to the others on the same page. 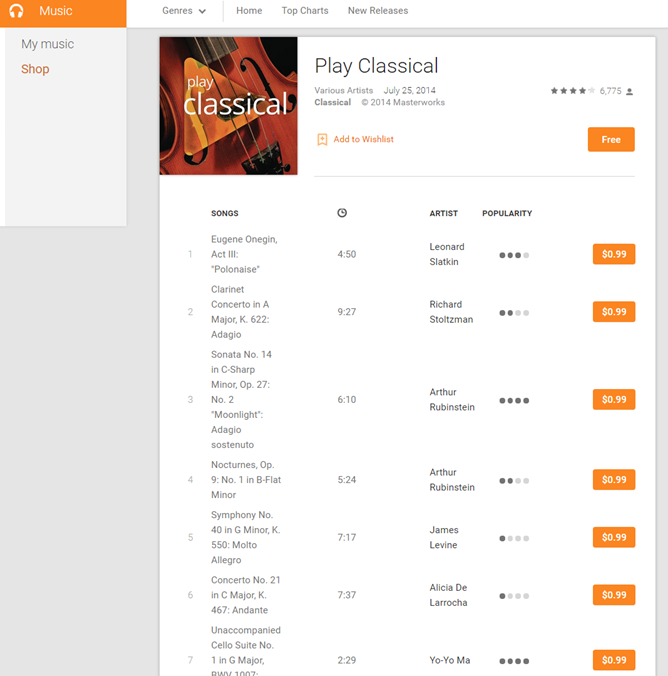 Oddly, some albums seem to be excluded, multi-artist compilations and extended plays in particular. 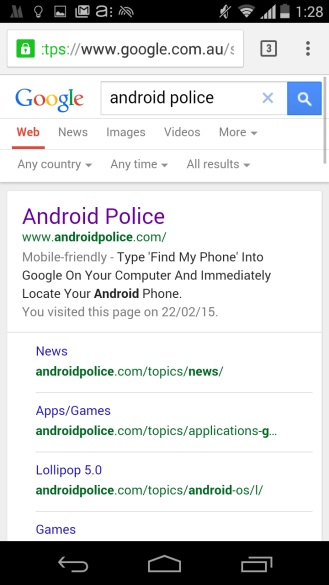 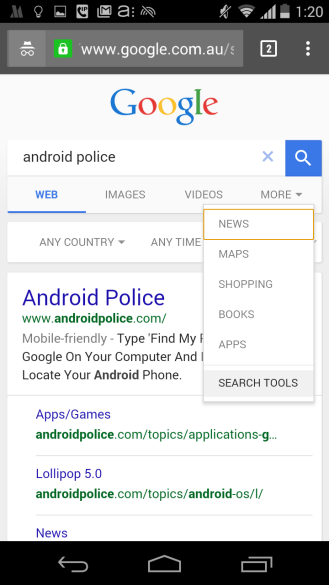 The new layout is undeniably more influenced by Google's material design. The only information missing in the new view is one search result and one line of text indicating that a user has visited a results page before (but that may be because the new layout appeared for our tipster only in incognito mode).

Since its launch in 2010 (on iOS, natch), Flipboard has been strictly mobile-only. Even after it expanded to Android a couple of years ago, users could only ever view and manage their feeds via a phone or tablet. It made sense: the whole point of Flipboard is that the service reformats stories for easy mobile reading and wraps them in a touch-friendly interface. But all that changes today - you can now read your Flipboard stories and feeds on Flipboard.com. If you really must. 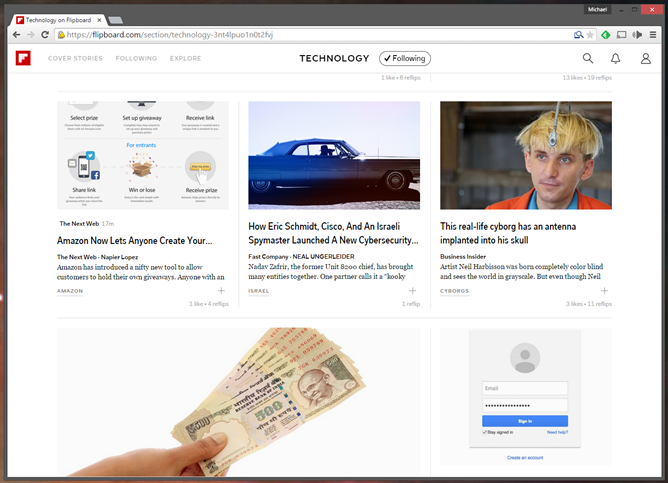 To be perfectly honest, there isn't much point to Flipboard on the web. It gives you a magazine-style homepage with formatting that looks like a lot of fancy news aggregators these days.

Earlier this year, Google+ community managers gained the ability to pin posts to the top of a page, useful during those times when you want visitors to see something in particular the first time they arrive. The thing is, community pages aren't the only ones that could benefit from such a feature. So the capability is now rolling out for regular profiles and pages as well. General users can now pin posts using the web version Google+ from their PC.

We've already covered the beta, but now AirDroid 3 is available as a completed release on the Play Store. The new app has an updated UI and a few new features, but the biggest change is the addition of stand-alone clients for Windows and OS X, besides the app's famous desktop browser management. You can grab the desktop apps from here. 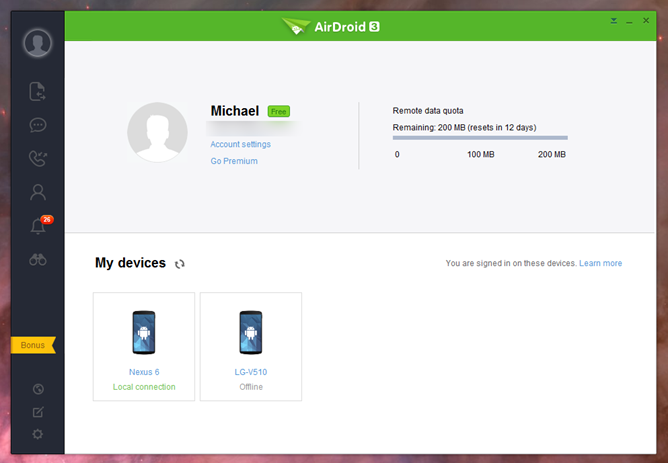 The Windows and OS X versions of AirDroid let you do pretty much all of the things you could do in the browser, albeit without the "virtual desktop" interface: send and receive SMS, file transfers to your device, contact and call log access, and of course, notification mirroring for your laptop or desktop, including call alerts.

If you're excited to try out YouTube's new music subscription service, you may not have long to wait. We've gotten several tips this morning from users who now have access to YouTube Music Key on the web, though that access doesn't seem to extend to the Android app just yet. Most users seem to be left out at the moment, so it's probably another one of Google's frustrating staged rollouts. 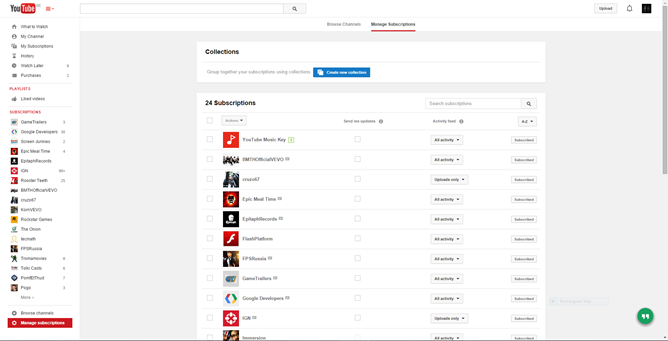 Having the latest version of the YouTube app (5.17) installed on your phone doesn't seem to help, though at least one reader with Music Key enabled said that there were now no ads being shown during music videos. 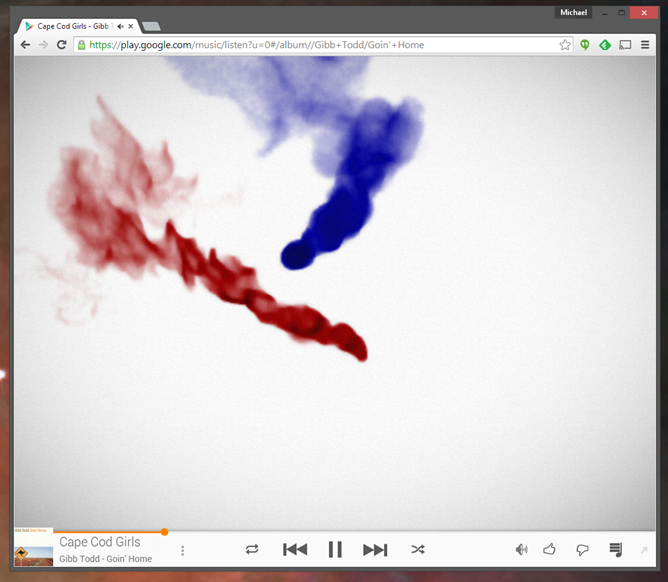 To enable the visualizer, start a track or playlist on the web, then scroll your cursor over the album art on the bottom ribbon.