We're pretty big fans of the C by GE bulb line here at Android Police, given the features, Assistant integration, and excellent price point. Although we pointed it out how tedious the reset process for the smartbulbs was in our reviews, the official video by GE Lighting describing the process is currently making the rounds, and it's pretty funny. Okay, we always get a little excited when a new app from Google Inc. appears in the Play Store. Tonight, Google's pushed an app called Interactive Events up, but we're not quite sure what it's for yet.

There are very specific applications and implementations that make sense on Google's smartwatch platform. Minecraft isn't one of them. Even so, the first batch of Android Wear devices have at least as much processing power and memory as some of the older or cheaper smartphones, so it was only a matter of time before someone tried something like this. That someone is YouTube user and Galaxy Gear owner Corbin Davenport.

Corbin says that he didn't do anything special to get Minecraft: Pocket Edition running on his Gear Live, just manually installed it (I'm assuming he used the standard ADB commands). Since the Gear Live uses a Snapdragon 400 processor running at 1.2Ghz, with half a gigabyte of RAM and 4GB of storage, it's got more than enough oomph to play the ubiquitous building game, though I'm betting that it's only working in local mode.

Earlier this month LG let the G3 Stylus slip out in an ad, though at the time we weren't exactly sure what the device was. Now we know, because LG made it official. Spoiler: it's not as cool as you hoped. I promise.

So the G3 Stylus looks like a G3 with a stylus, and it packs some of the features that makes the G3 cool, but it's not a G3 with a stylus. It's some weak device running around in a G3's clothes. I bet the G3 will be pissed when it finds out something has been raiding its closet.

Intel might have finally cracked the video messaging code. See, you'd probably send more video messages to people if you looked like a giant anthropomorphized puffer fish. Heck, you might even pay for the privilege of looking like George Washington in said video message. So obviously, there's now an Intel app called Pocket Avatars that does just that. 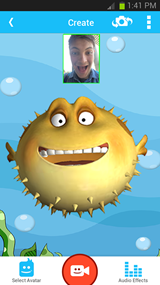 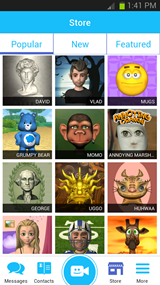 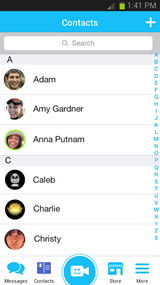 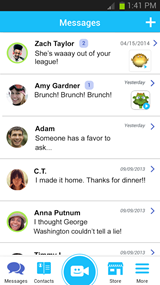 Hey, Minus, are you guys alright? Because you're demonstrating the developer equivalent of multiple personality disorder. Sixteen months after Dropbox-style cloud storage app Minus shifted 180 degrees to take aim at Instagram, it has once again become a completely different service, this time with a new name. Minus is now "Meow," a randomized chat client, sort of like Omegle or Chatroulette without the video. All that's left of the latest Minus re-brand, or indeed the original storage app, is the "com.minus.android" APK name. 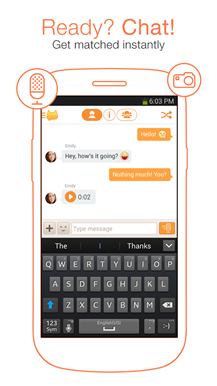 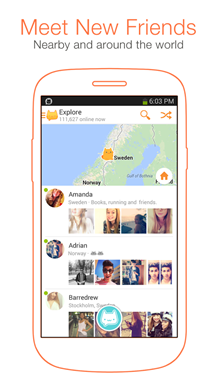 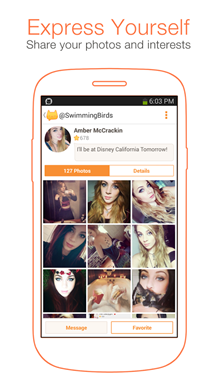 There isn't much to Meow. It works as a standard all-in-one chat client a la WhatsApp and its army of clones, with a contact list sourced from Gmail and Facebook.

Professional musicians, you are free to sit this one out. DJ space is probably not going to fill your needs. Unless you need to play god, turning the planets themselves into musical instruments as you conduct a cosmic electronic orchestra with naught but your fingertips. If that's something you've needed, then yes DJ space will serve your purposes quite nicely.

FL Studio this is not, however as the saying goes, "If you want to mix sweet tracks from scratch, you must first invent the universe." The app functions very similarly to Garage Band in that you select from pre-recorded loops of music and assemble them into tracks.