Android has more birthdays than a cheapskate in an Applebees. November 5th, 2007 is often given as one option, because that's the day that Google announced the development of the platform itself. October 22nd, 2008 is another one, the day that the HTC's G1 phone was first released by T-Mobile. But for some reason, the Google Store team is choosing to pin down today, September 23rd as Android's "seventh birthday." On this day in 2008 Google and T-Mobile announced the availability of the G1 for the following month. That's also the day that the Android 1.0 SDK was first available for public download.

Countless people out there have surely checked out Asus tablets in department stores around the world and walked away thinking, "I wish I could have that." You would think they were talking about the hardware (especially considering how cool the original Asus Transformer was at the time), but instead, they had their eyes set on the spiffy live wallpaper being used to show off the device. Lucky for them, Asus has now released the animated MyWater wallpaper into the Play Store and opened it up to competing electronics. 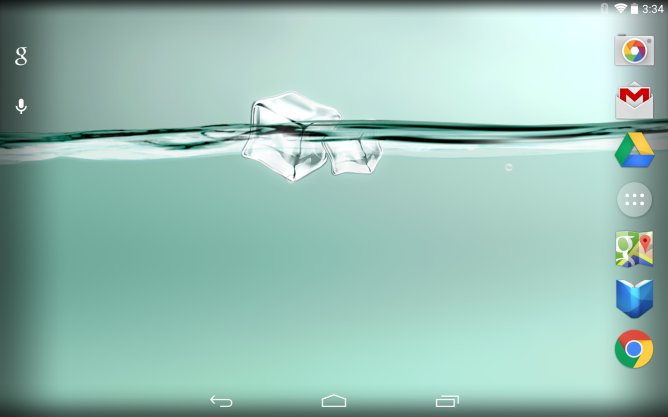 Under the right circumstances, nothing is more exciting than an ice cold glass of water.

Even after years on the market and innumerable would-be competitors, GoPro remains the standard for "action cameras." A big part of that is the excellent smartphone integration that GoPro's devices have maintained, and today the official Android app gets a little better in a lot of small ways. The most obvious is the new user interface, which is visible on Android 4.0 and above. The all-black UI keeps its focus on minimalism and utility, but gets rid of some of the gradients of the former interface. 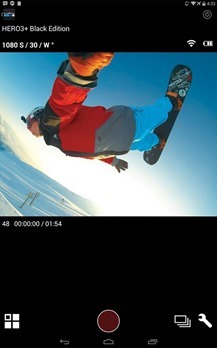 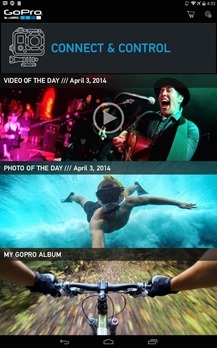 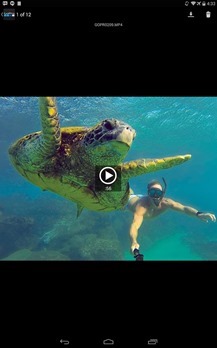 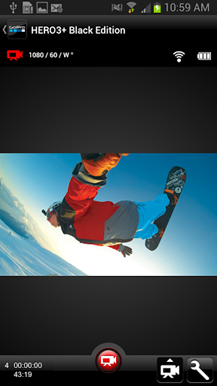 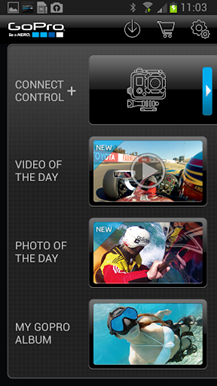 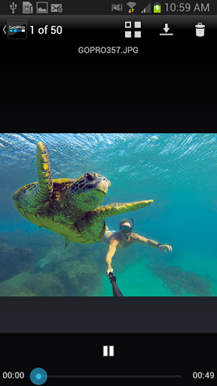 There are also some more useful additions, most notably an automatic WiFi connection.

DashClock's developer released Muzei earlier this month, an attractive live wallpaper app that takes pictures, blurs them, and puts them on your homescreen. By default, you can choose from your own images or opt to have a different work of art serve as your background each day, but shortly after release, a ton of extensions became available for Muzei that you can use to keep your background fresh in any number of ways. It even works with AllCast. Now Taskei is here to extend your options even further. 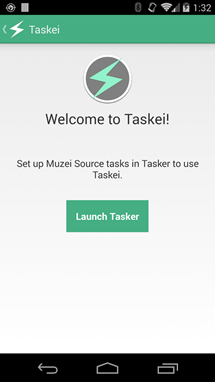 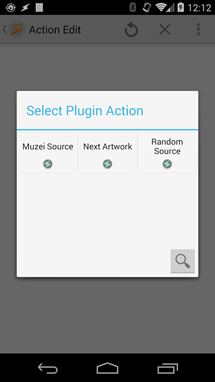 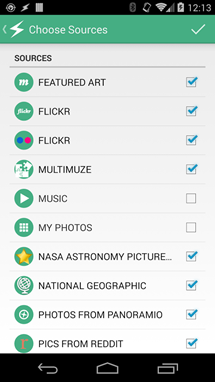 With Taskei, you can have your device only load up new wallpapers from select sources when it's on WiFi, show album art as your background when listening to music (similar to the Nexus 5's lockscreen), shake your phone to shift through backgrounds, activate different extensions depending on your location or the time of day, and more.

Let's all pause for a moment to recall fond memories of Sprint ID. Done? Yeah, that didn't take long. If you're reading this, then there's a solid chance you have little interest in a carrier-installed app that screws with your homescreen by providing an obnoxious wallpaper with a preselected assortment of apps and widgets. Thankfully, Sprint is ready to take a new approach. The carrier will start to push Sprint Live on some of the phones it sells later this year, a new experience from Chinese company NQ Mobile that strives to be an always-on replacement for your wallpaper keeping you up to the date with various content tailored to the brands and news stories you're interested in.

Sure, you could have stickmen run around stabbing each other on your homescreen or even watch as pixelated space ships blast one another out of the sky, but do you know what's more awesome than both options? Dragons. Nothing instills fear into the hearts of child and man alike like those abominable winged reptiles, and now Dragon Strike Live Wallpaper is available in the Play Store so that you can regularly see these majestic beasts in all their fire-breathing glory. 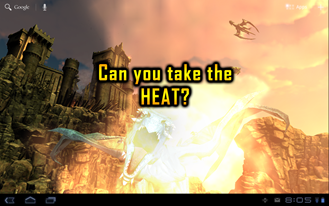 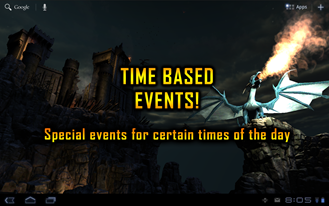 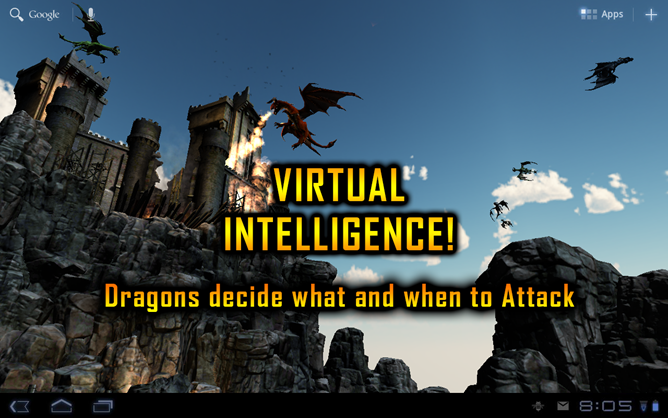 Dragon Strike Live Wallpaper is epic. So much so, that when you first set the wallpaper, you can hear the drums of war beating from your speakers.

Looking for the new Android 4.4 wallpapers? We've got 'em, ready for your downloading pleasure. There are 8 wallpapers in total, 6 of which have a native resolution of 3966x3966, so you can put them on pretty much anything! The two nature wallpapers are at a slightly smaller 3966x2644, since they're actual photos. Here they are.

Update: The colorful wallpaper everyone was after - the one with the number 5 - was hiding in a different place, but we found it after all. 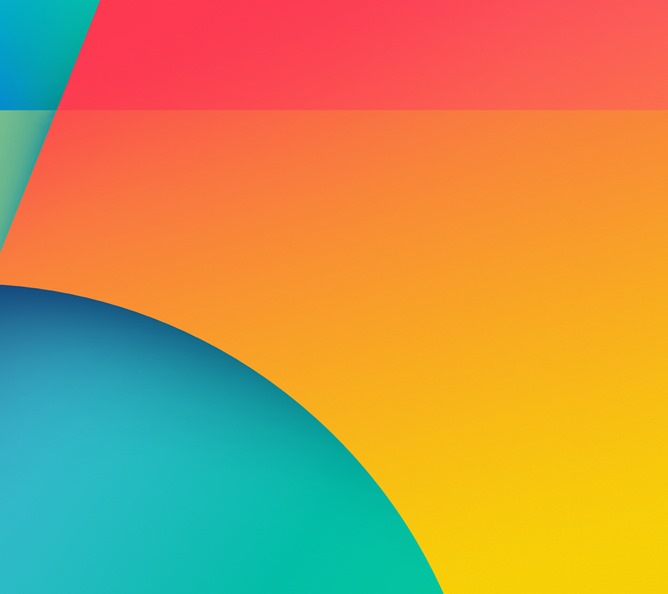 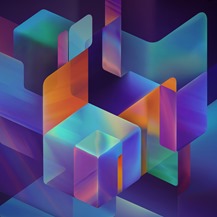 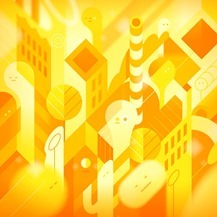 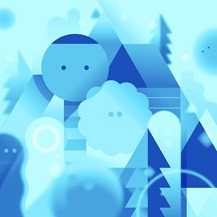 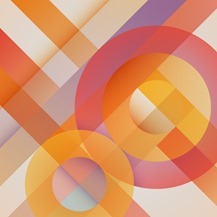 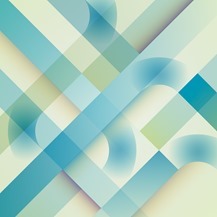 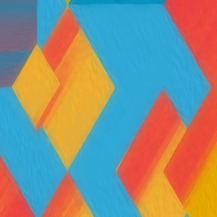 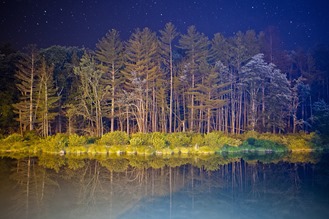 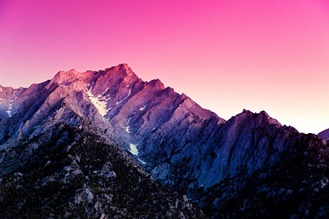 Check out the mirrors below to download the full 13MB ZIP file.

It shouldn't be long until we hear more about the Galaxy Note 3 (David and I will be on the ground at IFA 2013) and hopefully see even more goodies from the device, but if you want to grab the wallpaper right now, just hit the link in @evleaks' tweet above.

Here are the wallpapers from the new Nexus 7 that is now available for pre-order and was shown off in full detail yesterday. From what I can tell, there is only one really new wallpaper compared to what came with the previous Nexuses, and it's the one that the new Nexus 7 comes with selected by default. I ran it through TinEye and Google's Reverse Image Search, and it's the only one that returned no existing hits.

Update: The 2013 Nexus 7 got an OTA today, and the wallpaper we saw on the box is now included. You can download it at the bottom of this post.

Yesterday, @evleaks scored several press images of the new Nexus 7, which is expected to be revealed by Google on July 24th. Not even a day later, we now have an exclusive gallery of more recent press shots that not only offer several more angles, but also showcase what I believe is the new default Android 4.3 Nexus wallpaper which replaces the Android 4.2 wallpaper seen in the previous pictures.

The dual cameras (1.2MP + 5MP) are clearly visible, along with a notification LED, the "4:30" time which points to, naturally, Android 4.3, the oddly perpendicular for a 7" tablet word "nexus" on the back, stereo speakers mounted on the back (sorry, HTC One fans), and the manufacturer, which once again happens to be ASUS (sorry, Sony fans).