In what I am sure was on purpose due to it being Friday the 13th, some mild form of privacy panic has hit the world due to The Guardian's article this morning about a critical backdoor in WhatsApp. It postulates that, due to how encryption keys are handled when a device goes offline and messages are not sent (for whatever reason), WhatsApp or its parent company Facebook can intercept user communications. Meanwhile, Gizmodo has reported that this is not the case — how WhatsApp handles encryption is a feature and works as intended.

How to simultaneously use two WhatsApp numbers on your phone Verizon has begun rolling out an update for the Galaxy Note Edge that should address the vulnerability in Stagefright, one of Android's media libraries, that could potentially compromise a user's device. This is the first Stagefright-related fix we're aware of Verizon rolling out. 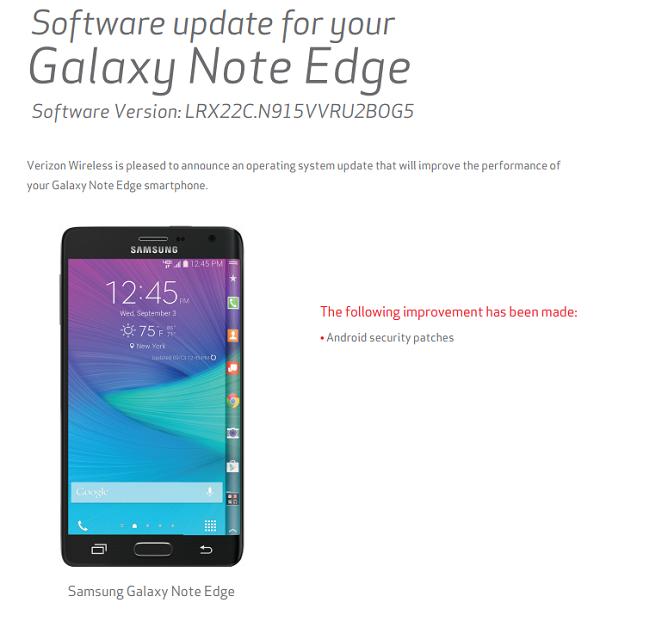 Of course, the changelog doesn't specifically mention Stagefright... but it's really obvious that's what it's for, given the timing of the update and terseness of the document. You can probably expect a slew of Samsung Stagefright fixes (as well as other OEMs, of course) on Verizon to follow, if this is any sign. While we cannot verify the true seriousness of the security flaw were an attacker to successfully manage to exploit it, we were able to verify something substantially more important to end user safety - it does not affect the SwiftKey app, only the built-in Samsung IME which is partly developed by SwiftKey.

Verizon isn't making many friends when it comes to keeping private information private. Just two days after news broke that Verizon Wireless is collecting and in some cases selling web browsing info, its parent company has been given a black eye for insecure practices associated with the FiOS Internet service. Security researcher Randy Westergren discovered a way to access any FiOS user's Verizon email account by using the mobile API. 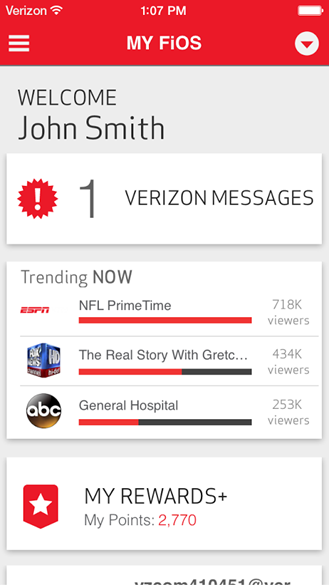 The message is, "You really shouldn't be using this app. Or the free email we gave you. At all."

Westergren's discovery and his explanation are highly technical, but what it boils down to is that he could substitute the username (and only the username) of a Verizon FIOS email user in a particular API script in order to access that account.