The surprising thing here is that the update will apparently be an unmolested version of Android 2.2 - something they elected not to do with their Nexus One update. 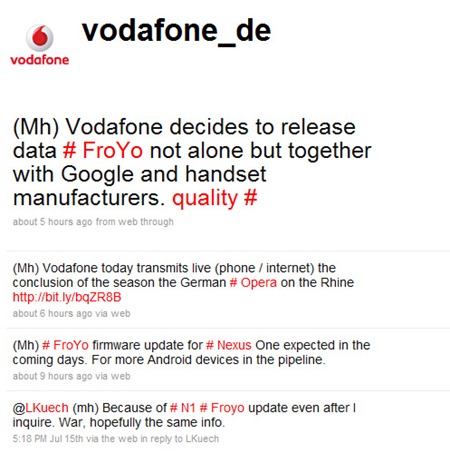 I’m a bit surprised there’s even a fuss at all, as the finalized FroYo update has only been rolling out to US N1 users for a short while, and no other phones have yet to receive official FroYo.