Google first revealed that Pixel pre-orderers would receive Daydream Views free of charge at last month's Pixel unveiling, and now, there's finally some movement; promo codes for the VR headsets are being sent out via email to customers who pre-ordered via the Google Store.

You know the routine - you're browsing Android Police, scrolling through our amazing content when you lie down in bed, only to have your phone go crazy. The narrow content you were scrolling through has switched from portrait to landscape view, even though the phone is still facing the same direction relative to your head as it was before. At best, you stand your phone back up, pull down your notification shade, and press the toggle. At worst, you navigate away from the app into system settings and dig around for the display options. Rotate on Shake is faster than both of these options.

Good news for you independent bloggers out there! WordPress just issued a small update to its mobile app. The biggest change is that you can now add featured images to a post. Featured images, of course, are treated differently in WordPress entries than in-line images and are often used as thumbnails, so it's been a bit of a problem that the app hasn't made it easy to add them until now.

Unfortunately, WordPress doesn't get updated quite as much as one would like.

The app, despite its somewhat all-over-the-place UI, provides a ton of functionality, not only giving users information about the games, but also about players – Wimbledon's official app gives users player profiles, video previews, highlight reels, features, interviews and "golden moments" photos. If that isn't enough, players can tune in to three "Live @ Wimbledon" radio channels – one providing general "Daily Coverage" and two channels dedicated to Centre Court and No.

Google unleashed a small round of updates today, bringing new features to both the Play Books and Street View apps. Play Books has been updated with a brand new UI for devices running Android 2.2/2.3, including the nifty 3D page-turning animation users of Books' tablet interface have come to know and love. 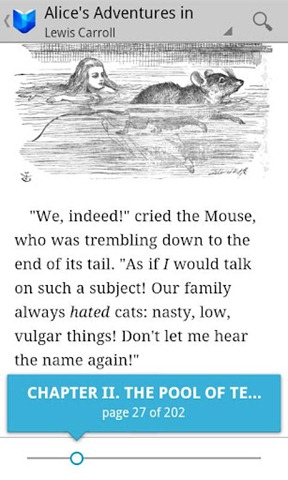 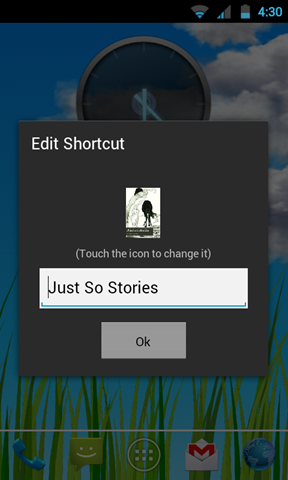 Users can also add home screen shortcuts for individual books, allowing you to jump straight into your favorite book without actually opening the app. The update also enables offline search, and ensures that your device's display will stay on during TTS.

Google Street View, on the other hand, got a slightly less major update (but an important one nonetheless) – the app now includes Ice Cream Sandwich's signature action bar and action-overflow button for those running Android 4.0+, bringing its interface into line with ICS' current design standards.

911sniper has done it again - this time with a full RUU (full release firmware) from the upcoming EVO View 4G, Sprint's 4G-ified version of the now-available HTC Flyer (the latter is on sale now at Best Buy).

The hefty file weighs in at a staggering 522MB - and given the massive load that's going to be placed on 911sniper's mirror, we're going to try and get a copy of it up on our own high-speed mirror in the next hour (as soon as we finish downloading it), so that the community can get cracking on this thing.

Full RUU files allow developers to get their hands on what are often older flashable ROMs, which may contain unfixed exploits allowing rooting or bootloader unlocking.

If you have ever tried to do tech support for someone on the go, needed to remotely see how exactly somebody did something on their computer, or found it necessary to view another person's screen from your smartphone for some other reason, you're already well aware of the frustration that arises from not having your computer handy. Fortunately for you, you've got an Android phone, and I've got the perfect tool for you.

Join.me, a sweet program designed by those crazy screen-sharing, remote-controlling, virtual LAN-creating programaholics at LogMeIn, allows you to either share your computer screen or view people sharing their screens from anywhere.

The second of our HD videos from yesterday's Sprint press conference has finally been uploaded (no thanks to the ultra-crappy WiFi everywhere...). Once again, a quick recap of the specs:

As mentioned in our hands-on with the EVO 3D, the View 4G features a new connector port dubbed MHL. It combines the functions of microUSB and microHDMI into one port. For more details, hit up our primer.

All things considered, the View 4G has potential in a lot of ways.

After the Sprint press conference officially ended, they quite literally pulled back the curtains to reveal a large viewing area, with a team of Sprint and HTC employees available to demo the HTC EVO 3D and View 4G. While we weren't allowed to get our mitts on the EVO 3D, we were allowed to play with the View 4G a bit. In both cases, the employees on the floor provided a quick hands-on of the devices. We managed to snag some HD video of the demonstrations for both devices, as well as a few photos.

As a reminder, the EVO 3D specs:

The EVO 3D uses a new port called micro high-definition link (MHL), which combines microUSB and microHDMI into one port.

Just as expected, the EVO View 4G is almost exactly the same tablet as the (admittedly underwhelming) Flyer that HTC demoed at MWC.