The art of needlessly re-naming manufacturer's phones for American carriers seems to have gone out of vogue in the last year or two - no more Droid Xyboards, no more Sprint Samsung Galaxy S II Epic 4G Touch. But in the case of the HTC One Mini 2, I think the original name was bad enough that we can forgive Verizon for wanting a rebrand. The HTC One Remix, which is almost certainly Verizon's rebranded version of the One Mini 2, was featured in a Verizon promotional video this morning.

Verizon sure took its sweet time when it came to getting LG's latest flagship phone out. But if you're on Verizon and you've been salivating at the admittedly awesome G3, Big Red is now ready to your money. The G3 will go on sale next Thursday, July 17th, but you can pre-order it on the website now. The two-year contract price is $99.99, the off-contract price is the usual $599.99, and Verizon will let you split that up with its EDGE system if you'd like the option.

Tablets that aren't iPads don't sell well on US carriers, probably because no one is all that keen on paying an extra monthly fee in order to use them and/or sharing a limited amount of data. (3G and LTE tablets are much more popular overseas.) So there's really no point in pre-ordering a tablet from a carrier, unless you absolutely have to have it on day one. If that's the case for the Xperia Z2 Tablet, let your fingers do the walking over to Verizon's website.

Verizon users will soon have the option of buying a Samsung Galaxy Tab 4 8.0 that's compatible with the carrier's XLTE network. Oh, this isn't just any tablet, though. It's "The Family Tablet," which sounds to me like it should be a terrible ABC Family channel sitcom about a tablet that comes to life and solves a family's problems, or some such nonsense [cue laugh track]. But no, Verizon is simply choosing to stress Android's multi-user mode for some reason.

In case we didn't make it clear with yesterday's post, we were more than a little miffed at Verizon's dismissal of Chromebook Pixel LTE owners. The company told customers that it had unceremoniously ended Google's free 100MB/month data bundle for the Pixel LTE after just one year, despite the initial two-year service promotion. Today Google is offering a consolation prize to those customers who bought the Chromebook Pixel LTE from the Play Store: a $150 refund credit.

If you're rocking the Verizon version of Samsung's Galaxy S4 Mini, check your notification bar: you may have an over-the-air update waiting for you. According to this Verizon support document, the KitKat update is heading out for the Big Red model of the S4 Mini. KOT49H.I435VRUBND5 upgrades the phone to Android 4.4.2, throwing in Samsung's minor additions to TouchWiz as well. The update also has a smattering of adjusted apps and bug fixes.

HTC's flagship phones are well known for their all-metal design, but that's not the only element that contributes to their style. Like its contemporaries, the M8 knows how to put on a new coat of paint. In just two days, Verizon Wireless will start offering the slick handset in a glamorous shade of red and an attention-grabbing shade of gold. 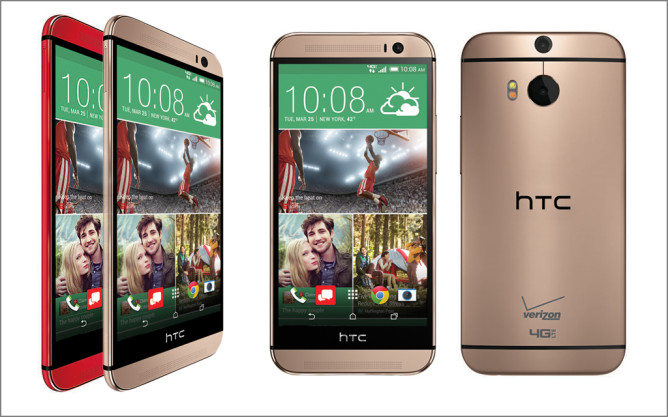 You know the drill by now. HTC has been pushing through the Sense 6 update to the old HTC One on US carriers, and now Verizon has given it the all clear. That means Big Red's M7 is getting the OTA update with Sense 6 starting today. 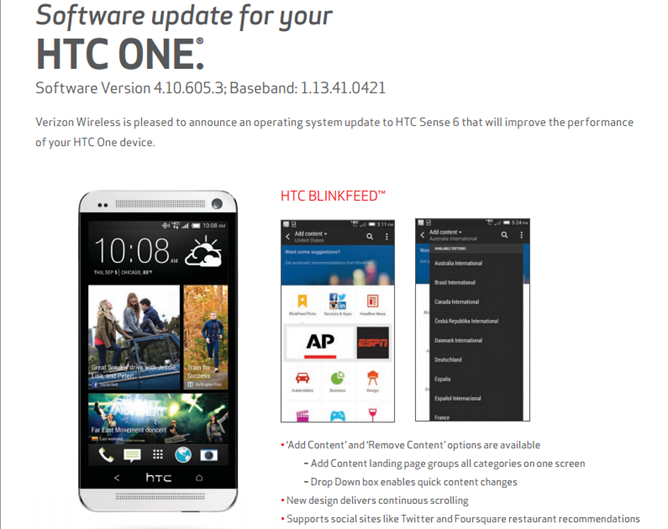 Verizon's much-delayed Voice over LTE network finally got a slightly more concrete release date today, with America's largest wireless provider announcing the rollout will commence in a matter of "months." Verizon, unlike AT&T, also plans to make the national rollout of VoLTE simultaneous, rather than scaling up from test markets over time. Given this fact, it's sort of understandable Verizon's efforts have been considerably slower than some of its rivals when it comes to HD voice.

Before last week, the term "XLTE" basically didn't exist. Then rumors started pouring out that Verizon would be offering a new kind of LTE with twice the bandwidth of its current offering using this unheard of moniker as its namesake. Turns out all the rumors were true, as Big Red just took the wraps off of this new high(er)-speed LTE offering.

On the surface, it's not a lot different than the company's current LTE: the icon is the same, the phones are basically the same (we'll actually get to a list a little bit later), and no modifications are needed to current plans.