If you're a Verizon Wireless subscriber looking to get your hands on a shiny new Galaxy S4 come release day, you're probably weighing your various pre-order options already. Well, Wirefly's one you can toss into the mix, and with a half-decent deal - their Verizon GS4 is just $179.99 for new account or upgrades, $20 less than Verizon's price. Here's the white version, and here's the black. 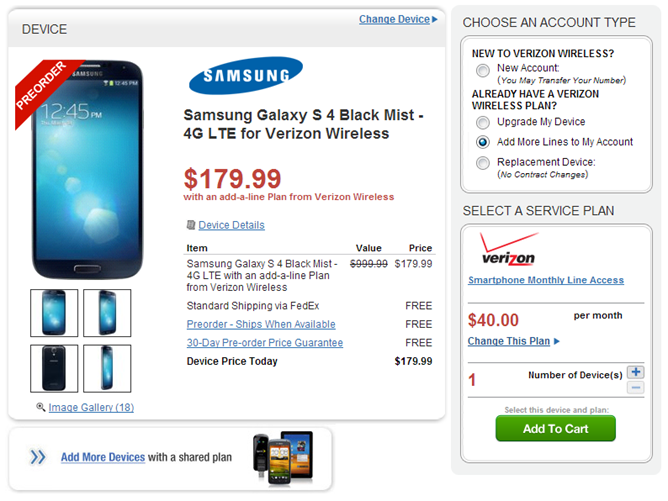 Even better, Wirefly doesn't charge sales tax for many states, and that's actually a big savings, since generally you're charged the full MSRP of the phone for sales tax.