US Cellular is really proving itself to be the carrier for holiday shoppers not wanting to spend a small fortune on gifts, isn't it? Just two days after announcing that all phones will be free until the 24th, the carrier's turned its price-cutting gaze to the Samsung Galaxy Tab and lowered the tablet's price to only $199 on contract, half of what it was before.

The only real catch is that you're required to sign up for US Cellular's $54.99/month plan.

US Cellular may not have the most impressive lineup of phones in the world, but it would be hard to say no to getting one of them free nonetheless. And come December 17th, customers will be able to do just that - get any of US Cellular's phones for just $0.00.

Actually, it gets even better than that - if you decide to grab an Android device (or any smartphone, for that matter), you'll also receive $100 credit towards your first bill.

One of Android's greatest strengths is the sheer number of devices it is available on. That gives customers the opportunity to choose a desired carrier and handset with the most important features for a them. It's easy to forget that not everyone is willing to spend $200 on a new phone, and people transitioning from a feature phone to their first smartphone are often less likely to be looking at those high-end handsets.

Now that everyone and their cousin's friend are preparing for Thanksgiving and the national shopping day that follows (Black Friday), we're starting to see some great deals popping up, especially from carriers looking to sway over new customers.

One such carrier, US Cellular, announced today that it will be offering "door-busting" bargains on all four of its Android phones in celebration of Black Friday, beginning November 22 and ending on the 29th.

It all started as a despicable rumor, but now AT&T's charged ahead and made it official - its version of the Samsung Galaxy Tab will indeed cost $649, which is $50 more than the other carriers' versions and $30 more than the cheapest 3G-capable iPad. Disappointing as that may seem, a $50 virtual gift card for Samsung's Media Hub is included, as is a bunch of bloatware nobody wants (sigh).

Believe it or not, Verizon and AT&T aren't alone in the LTE scene; not by a long shot, as US Cellular CFO Steven Campbell has just reminded us all. During the Wells Fargo Technology Conference in NYC, he stated that the carrier will be rolling out LTE to one test market next year, while the rest of us will just have to wait until 2012. Rather discouragingly, the carrier hasn't even chosen a network equipment vendor yet, although Clearwire and LightSquared are, reportedly, being considered.

The rumor mill has already begun rumbling about a possible successor to the current Galaxy Tab, but the Samsung-built gadget has only just come out today, and the (extremely mixed) early reviews have now been published. Reporters from Engadget, Slash Gear, TechRadar, and Gizmodo have all shared their opinions about the device, so join us below for a quick look at each. 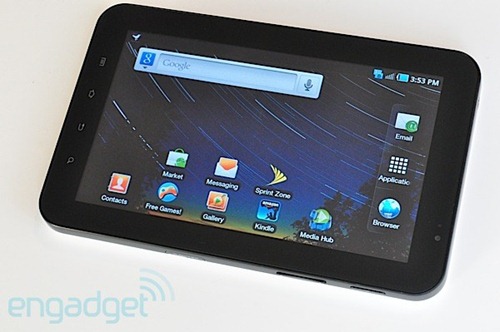 Joanna Stern, Engadget's tablet queen, took an in-depth look at Sammy's latest creation, a look which resulted in a final score of 7 out of 10.

All together now: finally! After several broken promises and recalled updates, Samsung's just announced that Android 2.2 FroYo will be available through a "brand new version of Kies" (that's Samsung's software upgrade system) early in November for Galaxy S owners in the UK, while "all operator versions" are "expected" to be available by the end of November (hopefully that includes the "operator versions" of the Galaxy S that Verizon, AT&T, Sprint, and T-Mobile are currently carrying here in the States).