Last night, Artem tore down the APK of the new Play Store and found a whole bunch of upcoming goodies, including  support for wishlists and gift cards. The first physical evidence of said gift cards has now landed in the hands of Android Central, showing off what we'll likely see soon in retail stores across the country. 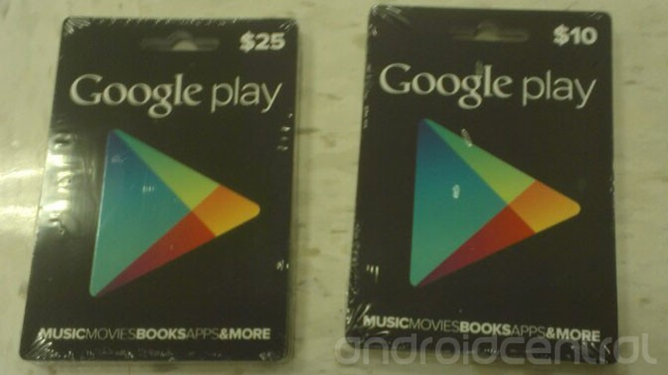 That, of course, raises another question: which stores will sell these gift cards?

We heard about it back in February, and now it looks like Sonic the Hedgehog 4 Episode II is about to start rolling out. Those of you with Tegra 3 chips in your devices, get ready to have your SoCs rocked off*. Everyone else will be waiting for a little while. The gaming company's follow-up to Episode I of the same game will launch on Android tomorrow, for $6.99.

Update: The game is live.

Instagram is so yesterday's news. If you're a fan of pictures with a little more life and movement, the folks at Cinemagram might have just the thing for you. Currently available on iOS, Cinemagram lets you create a fascinating hybrid of still images and video as an animated GIF right on a phone. One user that was quite taken with what he saw reached out to the developer, and got some good news back: the Cinemagram team is actively working on an Android port.

The amount of quality games for Android just keep growing, and show no signs of slowing anytime soon. To add to the list of OMG that looks incredible! games, SoulCraft THD will be coming to Tegra-powered phones and tablets later this month, bringing an action packed holy war to the palm of your hand.

The premise of the game is pretty sick: humans are on the verge of discovering the key to eternal life, but the angels and demons have something to say about that. We knew that ASUS would be far from the only manufacturer working on a new tablet featuring the beastly NVIDIA Tegra 3 and Ice Cream Sandwich, and Engadget got their hands on some exclusive details of an upcoming Lenovo tablet that looks to give the Transformer Prime a run for its money. The tablet, said to be out by the end of the year, not only packs the Tegra 3, but 2GB of DDR3 RAM, a full-size USB port, a "fusion-skin body," and a fingerprint scanner/optical joystick on the backside, all powered by Android 4.0.

I want you to take a mental journey with me. Dig deep into your memory banks -- all the way back to 2001. You there? Great. Think, if you will, about the the state of video games. The Playstation 2 was the hottest console on the market (okay, that's debatable) and Grand Theft Auto III was the game to have. Kids loved it as much as parents, teachers, and other authority figures hated it, due to its (then) graphic nature.

A few weeks ago, we heard a rumor that Motorola was working on a beefier version of the super rugged Defy, simple called the Defy+. Those rumors were realized today, as Moto official announced this new incarnation to the Defy line, complete with a faster processor and an upgraded shell. 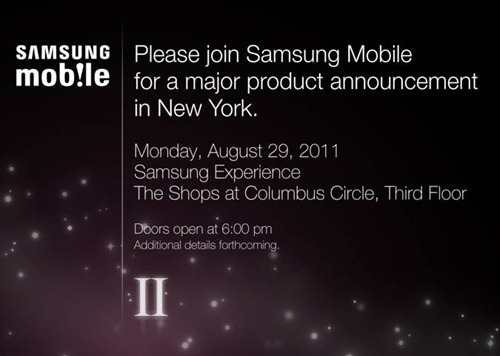 Samsung and NVIDIA joined forces today to unveil the newest member of the Tegra 2 family, the Galaxy R. As Samsung's newest addition to the Galaxy line, The 'R' is sure to make its namesake proud, with some pretty powerful specs under the hood:

Of course, since it's packing the Tegra 2 processor, not only will it bring outstanding performance to the table, but access to exclusive games and other apps in The Tegra Zone. 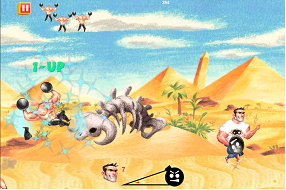 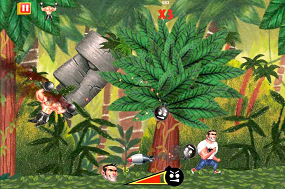 The game features 40 levels of action-packed adventure, with one seemingly common theme: you're going to die.