A few days ago, a new version of Universal Androot was released with support for Froyo, but a number of devices were still incompatible. 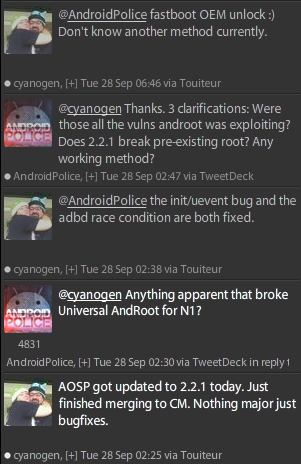 As if breaking Universal Androot wasn't enough, apparently the new update also prevents existing installations of Swype and some other aftermarket keyboards from working.