Remember Curiosity? It's alright if you don't - it wasn't a very good game, despite having an interesting social concept. Basically a bunch of people continually tapped at an enormous digital cube clearing billions of virtual tiles, and only one of them would "win" by reaching the center. The Tootsie Roll center of that Tootsie Pop turned out to be Godus, a crowdfunded game that allows players to play god and influence the lives of tiny polygonal villagers. It's currently still in "early access" on Steam and available on Android as a work in progress. 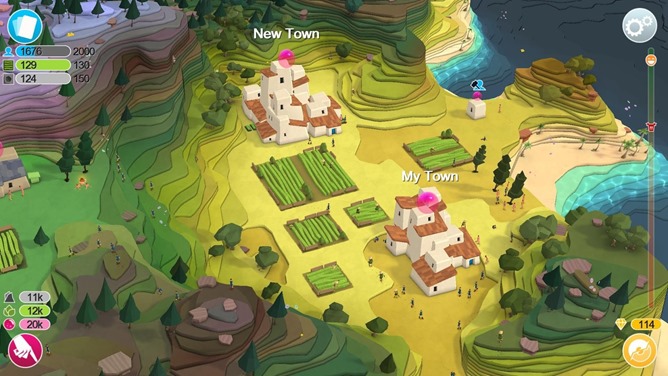 Godus and its lead-in Curiosity (now removed from the Play Store) were created by Peter Molyneux and his team of developers at 22Cans.