Most of us store almost our entire lives on our phones, and for that reason we want them to be secure. There are many ways to protect our data, including mere unlock patterns, passwords, and of course biometrics. While many trust the latter to be particularly safe, they can still be fooled. Indeed, we already know the S10's face unlock isn't particularly trustworthy, we thought its in-display fingerprint scanner to be foolproof, thanks to its ability to sense blood flow. However, a recent experiment proved the phone can be unlocked using 3D printed fingerprints, just like other handsets mistook fake heads for actual ones. While we all wait for iFixit's eventual step-by-step, authoritative teardown of the Galaxy S10, JerryRigEverything has taken the matter into his own hands to show us the details, including that ultrasonic fingerprint sensor. We also get a glance at plenty of other hidden tech, waterproofing, and the inside of a heat pipe, though he ultimately has to wreck the phone for our collective education — a small price to pay for understanding. The Xiaomi Mi5 was only released a couple of months ago, but the Chinese company is already refreshing it with some improved specifications. In addition, Xiaomi has announced a larger version of the Mi5s, the aptly-named Mi5s Plus. (Does this naming scheme remind you of a certain fruit company's?) Both handsets sport excellent internals and great price tags.

Just yesterday Google announced that it would soon allow users to send video and other entertainment items to a nearby Chromecast even when they're not connected to the same WiFi network, with the backend relying on location data for verification. It looks like there's some even more interesting technology going on behind the scenes. GigaOm reports that the upcoming update will allow Chromecast and Android devices to authenticate each other using ultrasonic waves. 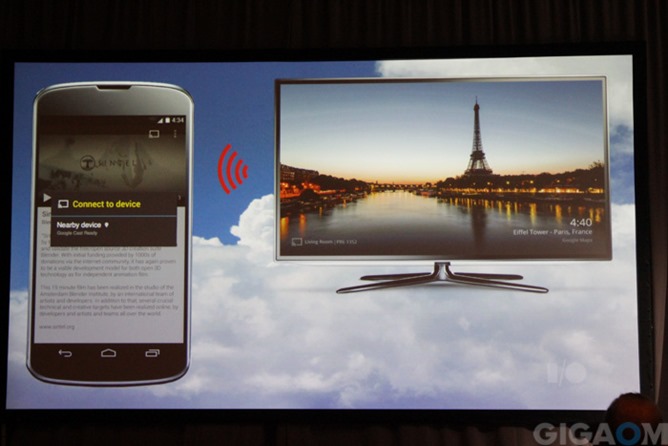 Here's how it works. You're at a friend's house, and you've just got to show him the latest Honest Trailers video. If his Chromecast has the upcoming "nearby devices" option enabled, you won't need to get on his WiFi.