Google Maps was updated to version 4.60  last week, and you may not have noticed it on the surface, but contained inside were some interesting resources providing an early glimpse at the style direction Gingerbread is set to take. Freenode IRC member canadiancow rather astutely spotted that there was a folder contained within the 4.60 APK that included icons and styling for API level 9, whilst we're currently on level 8 with Froyo.

One of the reasons I love Android is because you can customize the heck out of your experience. Replacing the stock launcher with Launcher Pro is pretty much the first thing I do now when I get a new phone because of the innovations a hard-working, smart, and dedicated engineer (Fede) can bring to the table.

However, Launcher Pro is not too much different from the stock UI, outside of tweaks and other little but important things - same goes for ADW and other home replacements.

There is no shortage of media applications for Android - in fact, Winamp that came out last week was the most serious and robust media offering I've seen so far. However, when it comes to strictly the media player functionality, even Winamp can't touch what I'm about to show you - a new beta app called PowerAMP.

PowerAMP is an Android media player developed by a cool Russian dude by the name of Maxim Petrov (Max MP).

We constantly hear about how smartphones are the evolutionary next-step in personal computing. Laptops sat atop this pedestal in the late 1990's, and tablets may soon come to share this title with their smartphone cousins.

But there's a glaring issue with smartphones: the players in the smartphone industry are to smartphones what Taco Bell is to choice of meat in your burrito. There's not a whole lot of wiggle room, and it's an increasingly take it or leave it sort of affair.

Kudos to HTC for taking time with producing their official walkthrough videos - they are usually superb, to say the least.

The video HTC posted today showcasing the upcoming Desire HD with the updated Sense UI is no exception. Over 7 minutes of high quality, narrated video is awaiting you below - just hit play, adjust the stream to 720p HD, kick back, and watch:

Even with Street View, it can be hard to orient yourself in a strange area with a smartphone-based map. The Astonishing Tribe (TAT), an absolutely genius group of UI designers, wants to jazz things up by letting users shift dynamically from a flat object, like a map or a list of contacts, to a 3D one, which can be overlaid with additional information.

By allowing the user to seamlessly transition from a two-dimensional display to a three-dimensional one and back, TAT aims to make it easier to comfortably maintain a sense of space and orientation.

Apart from SlideScreen, it seems like pretty much every alternative Android launcher out there is a slightly different version of the same thing; namely, the stock Android launcher. Well, SlideScreen is no longer alone. With Zune Home, we have something rather familiar but entirely different to what we’ve seen before on Android. 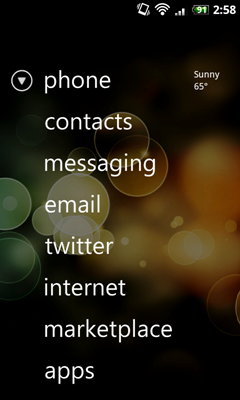 As the name would suggest, Zune Home is an homage to the laudably sleek interface found on Microsoft’s Zune HD portable media player.

Along with the announcement of the less patriotic versions of the EVO 4G and G2, HTC informed attendees of their London press event today that the Sense UI overlay would be receiving an update - in addition to new cloud services through HTCSense.com.

What kind of new goodies does the updated Sense have in store? We'll break down what we've got so far: 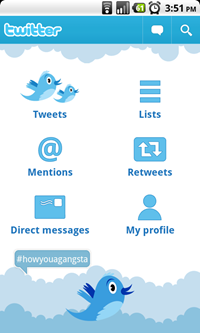 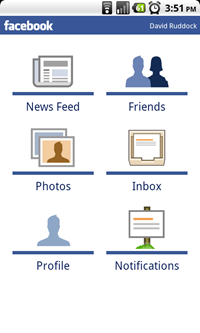 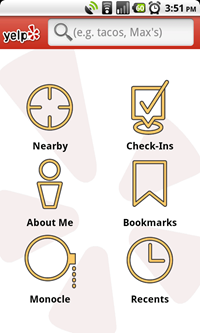