It's not often that RCA does something worth talking about these days, but the company has apparently been working on a product dubbed the Internet Music System (model number RCS13101E). This device streams media to the included speakers, or to a TV over HDMI. That's cool, but the important thing is that it's powered by Android with Google apps included. It has just started popping up in Walmart stockrooms, and will presumably be on sale soon.

Update: I just realized that the changelog, which Google updated on September 18th, is actually current - they just never released the update until now.

You're probably used to TV streaming apps requiring logins and sometimes cable subscription checks. Not the case with the new NBC app. It will allow anyone in the US to browse currently running programs and watch a few episodes from the device. And would you believe it isn't a nightmare to use?

There are about 20 shows available in the app, each with the last 4-5 episodes. It would be nice to have more streaming content, but it is free.

Commercial breaks have never been enjoyable, but after growing accustomed to Netflix's commercial-free experience and the brief pauses between Hulu videos, sitting through five minutes worth of ads while watching cable is more jarring than ever. It's possible to channel surf long enough to find something else to watch during that time, but you know the drill - either every show that's interesting happens to go to a commercial break at the same time, or you get too engrossed in something new to remember to turn back.

If your cable or satellite provider has an app, odds are it's pretty terrible. I mean, have you seen the Comcast app? The DIRECTV app used to fall into the same category, but no more. The 3.0 update is a complete redesign. 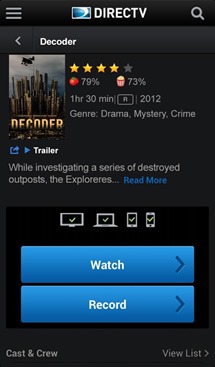 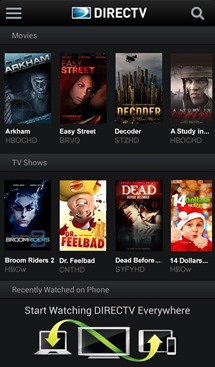 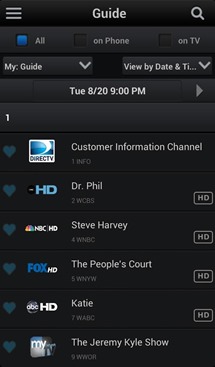 All the archived episodes of Showtime series are included, but now you can see what's airing on the Showtime East and Showtime West feeds.

Chromecast may perhaps be the evolution of the Nexus Q, but it's not a replacement for Google TV. True to form, the company believes that the two products do not compete with one another and can co-exist comfortably side by side. This should come as no surprise from the folks that brought us both Chrome OS and Android, two operating systems that just aren't going to merge regardless of how loudly some people cry.

Want to know how you're expected to connect your phones, tablets, and computers to that fancy Chromecast that's shipping in the mail? Simple, there's an app for that. Google has dropped dedicated software in the Play Store that configures all that Chromecast devices in your house, because I know there are a good number of you that have already ordered more than one. 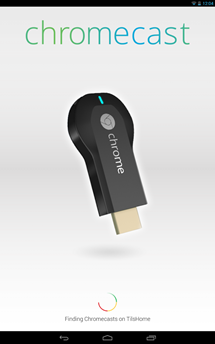 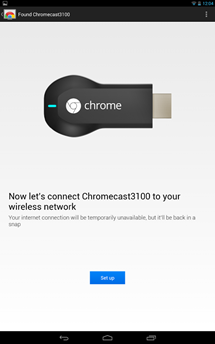 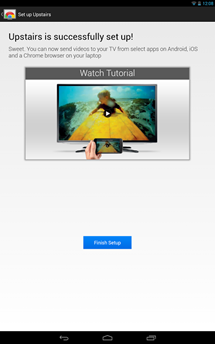 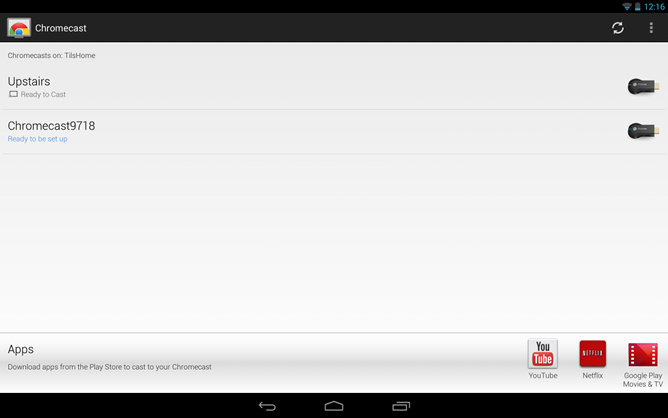 The app will set up your Chromecast to work on your local network and give you an interface for managing its settings, such as changing the device's name or inputting a new WiFI password.