Welcome to the latest entry in our Bonus Round series, wherein we tell you all about the new Android games of the day that we couldn't get to during our regular news rounds. Consider this a quick update for the dedicated gamers who can't wait for our weekly roundups, and don't want to wade through a whole day's worth of news just to get their pixelated fix. Today we've got a stealth-based strategy game that takes place in the world of the Kingsman, a turn-based strategy RPG from a long-running series, a digital adaptation of a popular physical card game, an adventure game that takes place on an in-game phone, Noodlecake Studios' latest golfing game, and an anime-themed MMORPG.

Trese Brothers is a well-known developer made up of two brothers, Cory and Andrew Trese. Their studio tends to focus its efforts on developing mobile strategy games, and over the years the company has built a well-deserved following. Last August Trese Brothers released a new entry in its popular Star Traders series on PC instead of mobile, and many fans were left wondering if the title would ever make its way to Android. Well, thanks to a recent announcement covered by Matt Wales over at Eurogamer it would appear that Star Traders: Frontiers is finally coming to the Play Store on January 30th.

Welcome to the latest entry in our Bonus Round series, wherein we tell you all about the new Android games of the day that we couldn't get to during our regular news rounds. Consider this a quick update for the dedicated gamers who can't wait for our weekly roundups, and don't want to wade through a whole day's worth of news just to get their pixelated fix. Today we've got a delightful real-time strategy game with an upfront cost, a space adventure game all about mining moons, a turn-based strategy RPG in beta, a zombie survival game, a casual naval strategy game, a kawaii-themed city smasher, and a card-based dungeon crawler. The original Age of Booty was a real-time strategy game released on the Xbox Live Arcade and similar download services. It combined a streamlined, console-focused take on strategy with a cartoony pirate nautical theme - there was many an "avast" and "aaargh" to be heard. Developer Certain Affinity gained some decent acclaim from the title, and so released a mobile free-to-play version of the game called Call of Booty: Tactics. It came out for Android this weekend, which is almost exactly two years after the iOS version. That really shivers me timbers. Way back in the bygone days of December 2014, we told you that mega-publisher Ubisoft was teaming up with the nostalgia specialists at DotEmu to bring the turn-based strategy classic Heroes of Might and Magic III to Android. Today they published the revived game in the Play Store, right on schedule (those DotEmu folks are pros, I tell ya). You can buy the game for $9.99 - pricey, but not unreasonable - for tablets and tablets only. 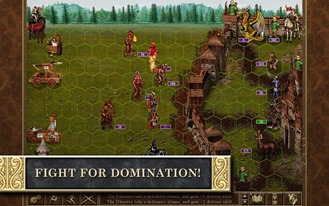 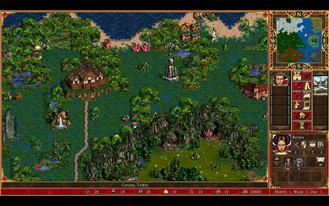 The Heroes of Might and Magic series helped to establish the foundations of the modern tactical genre. The third game was released for the PC in 1999, and is considered by many to be the best of the 6-game collection.

XCOM: Enemy Within is essentially the same game as Enemy Unknown, plus a whole lot of extra content.

In Skulls of the Shogun, developer 17-Bit has brought scores of undead samurai to the field so that they may engage in fierce turn-based battles... to the death. The game has been around since early 2013 when it launched for Xbox Live Arcade, Windows 8, and Windows Phone. Before the year was up, the game moved to PlayStation 4/Vita and iOS. In May of this year, it hit Mac and Linux as part of a Humble Bundle. Now, a couple of months later, it has found its way to Android. 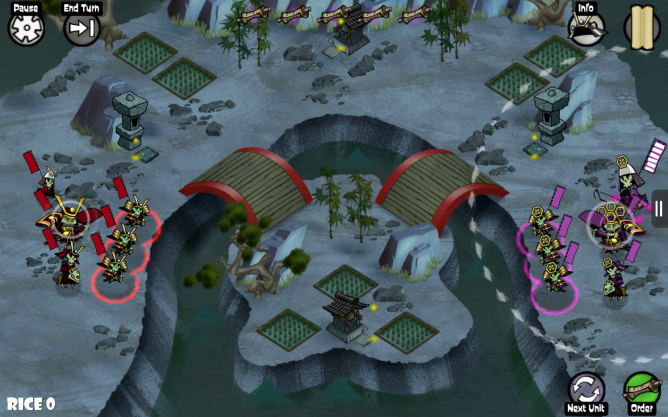 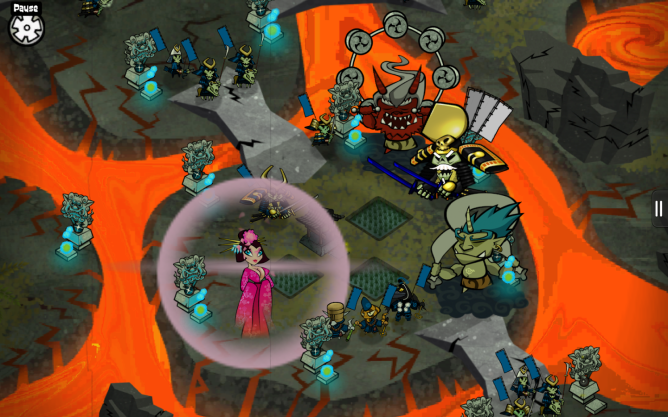 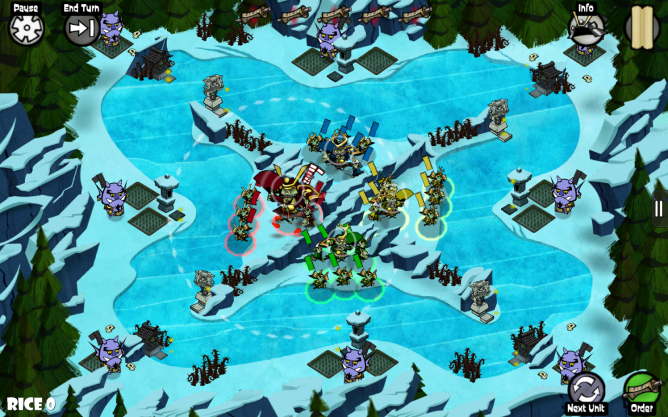 A year and a half since launch, Skulls of the Shogun remains as visually pleasing as ever thanks to its striking hand-drawn graphics.