You know what sucks? Not watching basketball. I absolutely hate when I have something else going on while the Bulls are playing and I don't get to watch the game. Being able to listen to the game makes that a little easier to tolerate, which I currently do from the official NBA app if that's the only option. If you're a TuneIn Radio Premium subscriber and an NBA fan, though, things just got a bit easier for you: TuneIn has reached a deal with the NBA that will allow it to stream all game audio from the app starting globally with the 2016-2017 season.

TuneIn Radio is a popular streaming audio service that offers free and paid versions of its app, but there's something weird with the pricing today. TuneIn Pro is a bit of a juggernaut in the Play Store with between 1 and 5 million installs—huge for a paid app. It was $3.99 until today. Now? $9.99. Wishing you bought it yesterday?

Listening to the radio has been a social experience since families first gathered around them in their living rooms, and now TuneIn Radio is ready to fully embrace this aspect. The Android app has received an update that injects a fresh dose of social features. Some of these build upon the way the software previously functioned, while other aspects are entirely new.

Reviewers started making a stink, a bunch of users on Reddit got sad, and TuneIn soon realized what they'd done. The company worked quickly and released an updated version 9.1 today which brought back these important broken features. Bugs fixed, crisis averted, and everything is now back to normal.

Some app updates have really short change logs, but don't let that deceive you into thinking this isn't a big deal. Tune-In Radio was updated today with only "We've fixed some bugs to improve your TuneIn experience" listed as what's new. What bugs did they fix? Well, the only one that matters to us is that they got rid of the persistent notification that plagued users running Android 4.3. 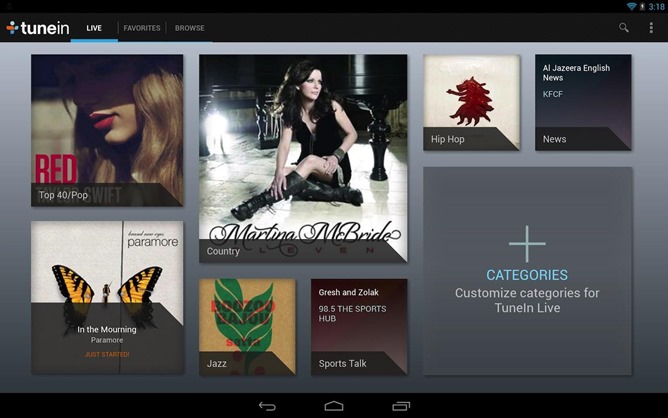 If you're scratching your head right now, here's some context. The Android 4.3 update introduced a "bug" where some applications place persistent notifications in the notification bar. These cannot be removed, even with the option in app settings.

TuneIn Radio is one of the most popular streaming music services on any mobile platform, but it has just gotten a new feature for Android users. From now on when you hear a track you like, tap the Google Play button at the top of the 'now playing' screen to head right to Google Play and buy it. See the before and after images below. 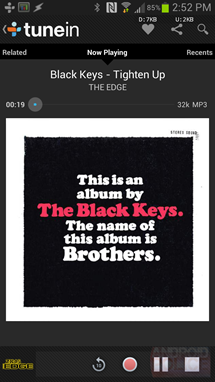 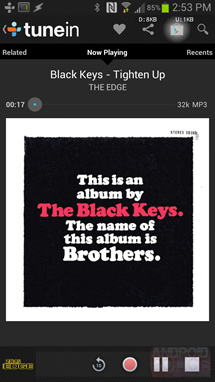 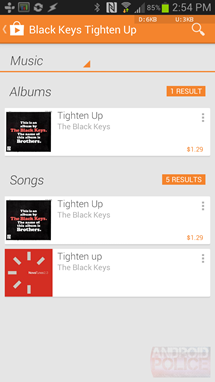 For those not aware, TuneIn Radio streams over 70,000 radio stations live, and it's not just music. There's general talk and sports radio, as well. The podcast directory also contains a huge number of feeds to peruse.