At Google's event in New Delhi, the company announced that it was launching website dictation for Google Go. We first heard about this during the Nigeria event a month ago, where the feature was said to arrive "in the coming weeks." Looks like we've hit that ever-so-helpful marker. Get ready for the little person living inside your phone and speaker to sound a lot more life-like. Google believes it has reached a new milestone in the quest to make computer-generated speech indistinguishable from human speech with Tacotron 2, a system that trains neural networks to generate eerily natural-sounding speech from text, and they have the samples to prove it. Google employees Natalie Hammel and Lorraine Yurshansky, who go by Nat & Lo for their series of informative Google tour videos, are at it again. This time the pair are demonstrating the recent improvements to Google's Text-To-Speech engine (TTS), which many of our readers have already experienced. Since synthesized, human-style voice functions are part of the biggest new trend in usability and gadgets, it's kind of a big deal.

Your phone has been able to talk to you for years, but it started out sounding like a computerized toaster with laryngitis. Google has improved its text to speech (TTS) voice over the years, and a new version is rolling out now. The change is fairly dramatic, with the new voice sounding much more natural and pleasant.

It's pretty rare that we get to talk about Google's text-to-speech engine. Updates are fairly uncommon and most of them can be summarized as bug fixes and performance improvements. But every once in a while there's an update that brings a pretty cool new feature to this workhorse of an app. Version 3.8 adds one of the top requests to speech output: user selectable gender and voice variations for each language. 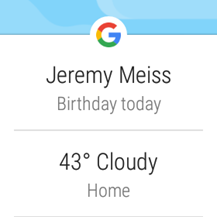 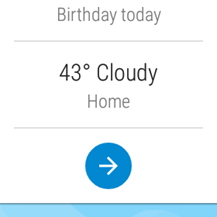 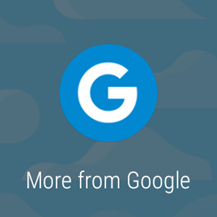 Text-to-speech is one of those little pieces of an operating system that not many people use, but which is indispensable for those who do. Now if your first language is Japanese, you've got the option to play out text on your phone with Google's first-party Text-To-Speech (TTS) engine. The relevant app is on the Play Store and was updated today, so you might not have immediate access to it thanks to Google's rollout system. 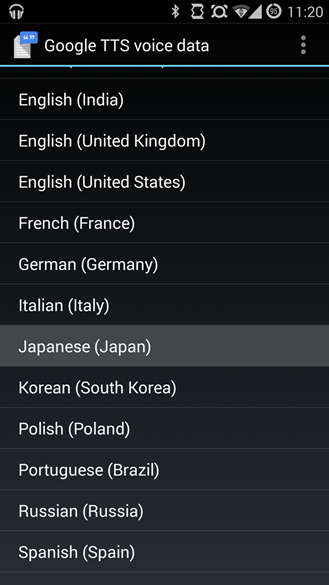 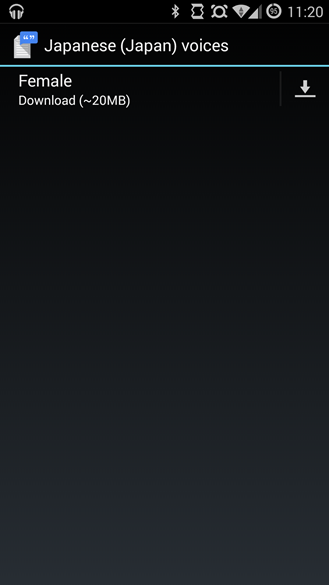 To be clear, this is text-to-speech, not speech-to-text - Google's voice input already works in Japanese for the keyboard (voice typing) and Google Now commands. Check the Language Input section of the main settings menu for that.

Google's Text-to-Speech app isn't exactly one that grabs headlines, but it's certainly useful for those who rely on it. Today it gets a little more useful as Google has added a handful of languages for its speech output support. The latest update adds support for selecting and speaking text in Dutch, Polish, and Russian, and better support for at least some dialects of English spoken in India has been added as well. 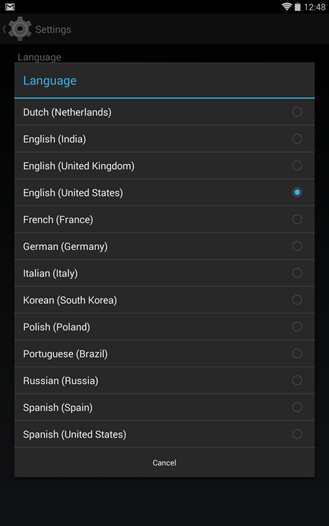 Today's update brings the total language support for TTS up to 13, including US/UK/Indian English and Spain/US Spanish. Aside from Korean and the regional dialects, the current TTS options are very focused on European languages, so it's safe to say that Google has a long way to go to further worldwide support.