Google Fi presents a pretty good value, offering a decent price for cell service, and good promos to boot. And as a multi-network MVNO, you get service through several different carriers depending on where you are, which can mean a better overall signal than simply being locked to a single carrier, but that isn't always true. In fact, troubleshooting connectivity issues when you do run into them on Google Fi is quite a pain, but thanks to a new update that's rolling out right now, it should be a little easier going forward. Android Device Manager is Google's rather handy package of web and mobile software that allows you to remotely locate, ring, or lock your phone or tablet. Of course, it's not especially useful if it can't actually interact with your device. Most of the time errors are because a phone can't be reached via data, or because permission has been reset in the ADM app itself. But a small group of users are having trouble with getting ADM to recognize their devices at all. 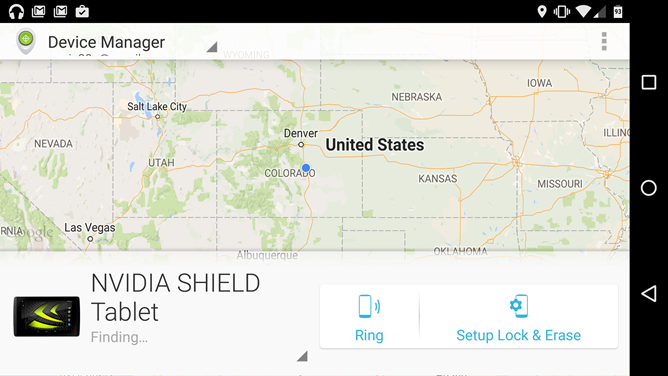 In a detailed post on Google's Nexus Help Forum, Nexus 5 owner Sandra Buensalida recounted her frustration when the Android Device Manager wouldn't recognize her phone after trying it out on several different network and hardware configurations, and applying every possible troubleshooting solution she could find.

Update: According to HTC, this problem is currently only affecting the Tegra 3 (international) version of the One X - not the Rogers/AT&T One X or international One XL. HTC advises those affected to contact customer support, though the channel through which you purchased your device is a good bet as well, especially if it was from a carrier or brick and mortar store where they can exchange the unit immediately.

If you're a One X owner (or an avid XDA reader), you're probably aware that some poor souls have been basically unable to reliably use Wi-Fi on their devices because of a manufacturing defect.

Update 2: ASUS has issued an official statement on the matter and determined that the Prime's GPS is functioning as intended, which for many folks means essentially non-functional.

Please note that this product is not a professional GPS device ... To avoid inconveniencing users who demand a powerful GPS device, we made the decision to remove it from our specification sheet and marketing communications. We apologize for any inconvenience this has caused.

That means if you're actually unable to live with your Prime without true GPS, there's not a lot to do but sell it - because ASUS isn't going to (and apparently can't) do anything about it.

When Verizon launched its LTE network in November of 2010, it was the first time the carrier had utilized a GSM-based (WCDMA, as opposed to CDMA2000) network in the United States. All Verizon phones and data-enabled devices had previously run on CDMA2000 connections - the network responsible for Verizon's 3G and 2G data.