That is right, it is now time to play the Feud, or you know, probably not. It would appear that UMI Mobile is the chosen publisher to bring us a new free-to-play Family Feud Android game. While I would love to say I am surprised to see that this title contains in-app purchases, two currencies, advertisements, and a subscription fee of $4.99 a month for VIP status, it was only inevitable that this is how someone would handle the release of this franchise onto mobile. So strap in folks, this is gonna be a bumpy ride. Trivia games are a dime a dozen on Android, but good and popular trivia games that you can play against lots of friends and multiple opponents are a lot harder to find. Trivia Crack has amassed over 100M downloads on Android for its free version and more than 100,000 for its ad-free version, so you're bound to find a lot of users to battle against.

The game revolves around 6 categories, with hundreds of thousands of questions, and you can either challenge an opponent or play for the crown, all with the option to chat with them while the game is going. It looks fun.

If you've been craving a game of Trivial Pursuit but can't manage to get your friends together, you may want to check out one of the newest additions to the Play Store. QuizUp is a slick and fast trivia game with a focus on head-to-head multiplayer. The easy matchmaking, varied topics, and impressive presentation have made it a hit on iOS, where's it's maintained a 4.5-star rating. 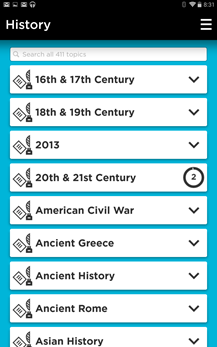 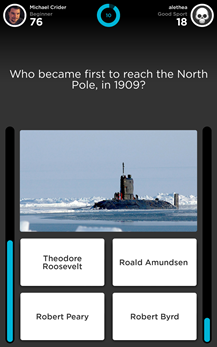 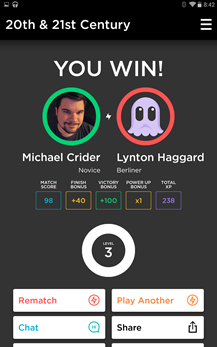 The game is very simple: log in via Google+, Facebook, or email, select a category, and you'll be automatically matched with a random player who's near your skill level. Each round is made up of seven questions.

We love giving stuff away, which is why we do it so often. As you probably know, we normally tell you guys to leave a comment, like a Facebook page, retweet a message, or something similar, and then we pick a winner at random. Today, however, we're going to do something a little bit different.

Not Android trivia, either (that would be too easy). We're going to play "Oscar Trivia." So, how are we going to do this? With an app called HyperQuiz, which is made by the sponsor of this contest, Hyperbees.

Hyperquiz is a trivia-based game that pits you against three other live players in a race to answer to questions correctly in the least amount of time, so you have to be quick on your feet.