Apps and games are not here forever. They come to your phone or tablet or computer for a period of time, they bring joy into your life and you spend hours and days with them. You love them and they love you back (sometimes just your money). Then there comes a time, when they've done their deed and their line codes start decaying and no one wants to take care of them anymore, to let them go.

If you love Toy Story, you probably already jumped on the new game Smash It! If that's not enough Toy Story action for you (or your kid), Disney just pushed out a brand new live wallpaper that lets you explore Andy's bedroom. Appropriately enough, it's called Toy Story: Andy's Room. 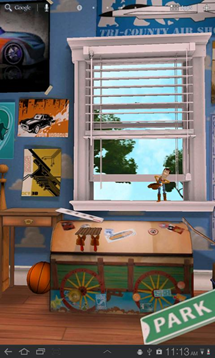 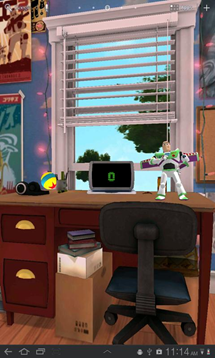 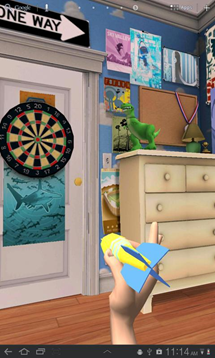 It's more than just a live wall, though – it's packed with fun mini-games, including falling army men and darts. Those games will net you points, which lets you unlock new characters. So, basically it's a game on your homescreen (read: battery hog).

The lighting in the room is also dynamic and changes according to your local time.

Toy Story is probably one of the greatest digital films ever made. Kids enjoy the idea of toys coming to life when they aren't around, and adults get their share of subtle humor in the mix, too. Now the crew – Woody, Buzz, Rex, and more – are on your mobile device in a whimsical new game from Disney.

The game, dubbed Toy Story: Smash It! puts a familiar twist on a mobile mainstay: the 3D break-the-blocks puzzler. You play as Buzz, who has to destroy the alien forts by hurling a ball at them at just the right angle.