Fenix disappeared from the Play Store on Monday. You've heard the story before. Popular Twitter client reaches 100,000 users and goes away. If you aren't familiar with the song and dance, here's how it went down this time around.

Except, it turns out, there's a happy ending. 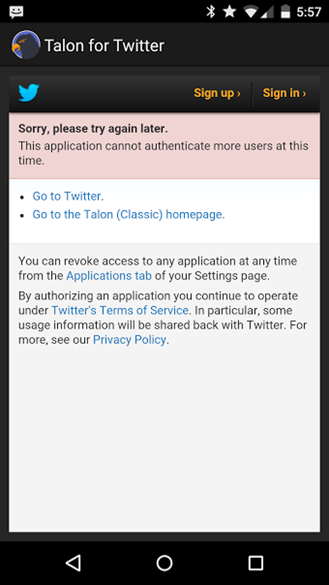 Yes, Falcon Pro is still kicking after temporarily running out of Twitter auth tokens last month. The developer has just updated the app with a feature he promised in the wake of tokengate: widgets. There are a few other changes, but man.. look at how widget-y those widgets are! 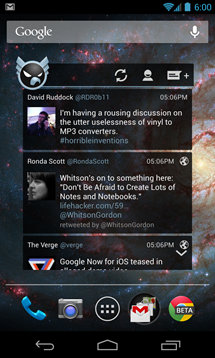 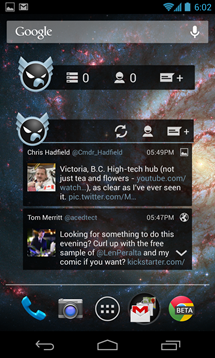 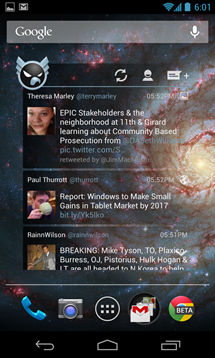 Falcon Pro was previously dependent on the Falcon widget for home screen interaction. That setup gets the job done, but requires two process to be running and updating the feed simultaneously. These new Falcon Pro components also feel much more responsive than the Falcon widget. The Falcon Pro widgets come as a scrollable feed or a quick actions bar.

The ongoing saga of Falcon Pro and the great Twitter token shortage of 2013 has taken yet another turn. No, Twitter hasn't stopped being a jerk-face. Developer Joaquim Vergès has reset all the tokens for Falcon Pro in an effort to free up unused ones. This should (temporarily) solve the problem of new users being locked out. 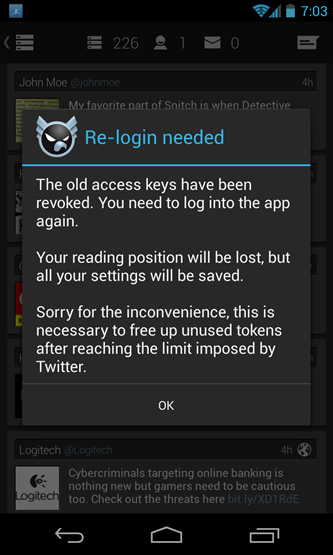 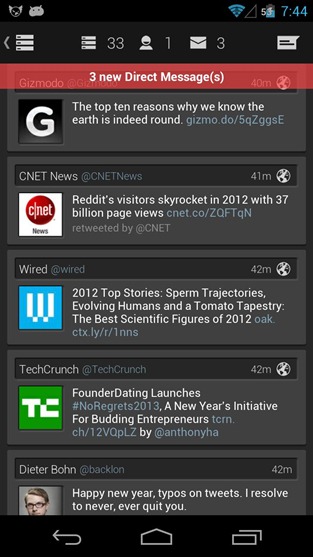 This means that when users download the new update, they're going to be forced to log back in to Twitter. Because there are actually fewer than 100,000 active users, there should be enough access tokens to go around. Popular wisdom states that it was returns, former users, and pirates that were soaking up a large chunk of the tokens.

To say that DLC is a growing problem would be an understatement. Of the last five games I've reviewed for this site, all of them have had some form of in-app purchases to expand the game or unlock content. Sometimes it's awful, sometimes it's not so bad, but all of them guarantee you only get most of a game. A new service called Pocket Change, however, wants to let game developers charge on a per-play basis. This is beyond scummy.

Back before DLC became a common term amongst gamers, we still paid for extra content. Whether we called them "expansion packs", "map packs", or "Pokemon Every Color Of The Friggin' Rainbow", we would pay money for new content to extend games we enjoyed.