To say that spam calls are annoying would not only be redundant, but it'd also be a big understatement. These nuisances are primarily why I hardly answer my phone anymore and they've only gotten worse in recent months and years. T-Mobile is taking a stand against it by implementing what it calls Caller Verified technology, starting with the Samsung Galaxy Note9.

T-Mobile is now solidly in third place among US carriers, having finally passed Sprint. It got there by offering consumer-friendly services and low prices, and today we've got a lot more of the latter. T-Mobile is running sales on several great devices like the Galaxy S6 and G4.

T-Mobile and its bombastic CEO John Legere have been making waves in the US wireless industry, and consumers have been taking notice. According to the latest quarterly earnings report filed by T-Mo, the carrier is now larger than its competitor Sprint, making it the number three runner in America. T-Mobile claims 58.9 million subscribers in the US as of July, narrowly besting Sprint's reported number of 56.8 million from today. T-Mobile has added at least a million customers each quarter for the last nine quarters, and 2.1 million in the last three months.

In truth, T-Mobile may have actually passed this milestone some time ago.

Lenovo's Chromebook Duet was already cheap, and it's an extra $100 off today

Dragon Quest The Adventure of Dai: A Hero's Bonds launches on Android today Both of these hold true for the Kyocera Hydro Wave, which is now available from T-Mobile and on its way to MetroPCS. This 5-inch qHD phone comes powered by a 1.2GHz Snapdragon processor, 1GB of RAM, and 8GB of internal memory. Fortunately, there's a microSD card slot for extra storage.

VoLTE is finally starting to roll out on devices, but who uses their phone as a phone anymore? Luckily, there's a next-gen standard for text messages too, and T-Mobile is the first carrier to support it. T-Mobile's CTO just announced support for "Advanced Messaging" on the Rich Communication Services (RCS) standard on T-Mobile, and it's starting its rollout now.

T-Mobile has long since abandoned the traditional contract model for phone purchases, meaning in one way or another, you're paying for the entire cost of the phone. You can buy it upfront or pay it off monthly, but T-mobile will get a little less of your money right now if you want to grab a new LG G4—this device is on sale for 20% off on T-Mobile's website. 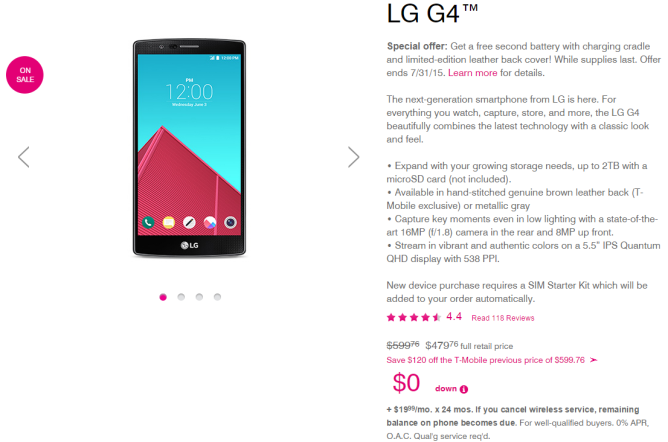 After blowing past Sprint in the last quarter, T-Mobile is still pulling out all the stops to increase its subscriber numbers. The latest announcement is a new family plan with 10GB of non-shared data per line. The price varies based on how many lines you have, but the sweet spot is four at $120 total.

John Legere just got done announcing yet another uncarrier initiative, and now we see what all those changes have earned the smallest national carrier—it's not actually the smallest anymore. T-Mobile reports 2.1 million net customer additions in Q2, bringing its subscriber count to 58.9 million. Sprint has only 57.1 million customers. 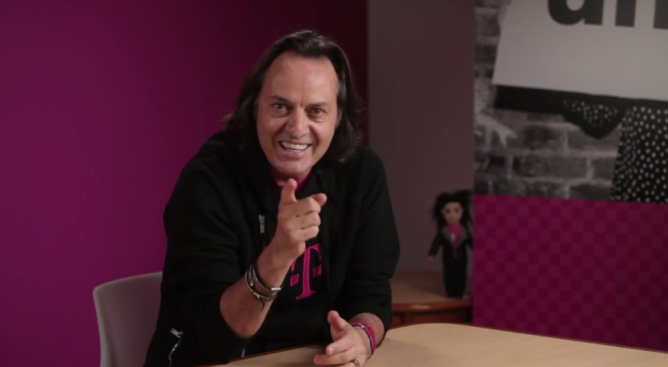