One of Google Pay's more useful features is its ability to store your transit passes, saving you from having to carry physical tickets. However, a recently updated Google support article now warns that, unlike any other item in Google Pay, your transit passes aren't stored in the cloud. You can permanently lose your transit tickets if you lose your phone or simply uninstall the app. Public transportation companies around the world are gaining support for Google's mobile payment system, ranging from Australia to New York City. However, in order for a transit card to work with Google Pay, the associated gantries need to support RFID identification, which isn't the case everywhere. To alleviate this issue, the company has worked on an open API that makes it easier for transit providers to digitize tickets, without the need for contactless capability. I/O news is abound these days: yesterday we saw that the registration for the ticket raffle was closed and then the preliminary schedule was published revealing focus on Assistant, Chrome and the Web, a new Android Wear session, but still no signs of TV and Auto (though they might be added later). Now we have the first sign of ticket invites being issued to those who tossed their name in the hat. Google revealed the location and dates of Google I/O 2018 last month. If you've been waiting to get your own tickets, now's your chance - registration is finally open to the general public.

Just like last year, I/O uses a raffle system, so you won't know for sure if you have a ticket until February 28. Your payment method will be pre-authorized once you register, but you will only be charged if you are selected. The ticket prices are identical to last year - $375 for students/teachers, and $1,150 for everyone else. Now that Google I/O is upon us and the hunt for secret codes planted all over the Android dev resources is over, Google has made one person somewhere very happy. You see, earlier today, the company posted a seemingly innocent Google+ message reminding us the conference is coming soon. In the accompanying photo, we see developer advocate Colt McAnlis staring at the I/O countdown and a wall of code, working hard to bring us more videos and "tons of great content." 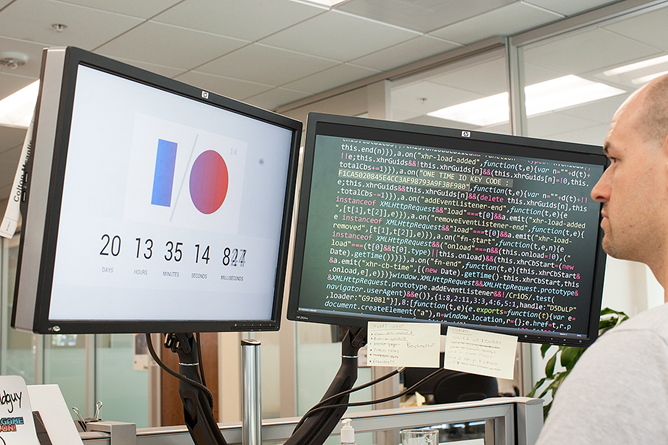 Except buried in this wall of minified JS code is a one-time I/O code redeemable for, you guessed it, an I/O ticket. 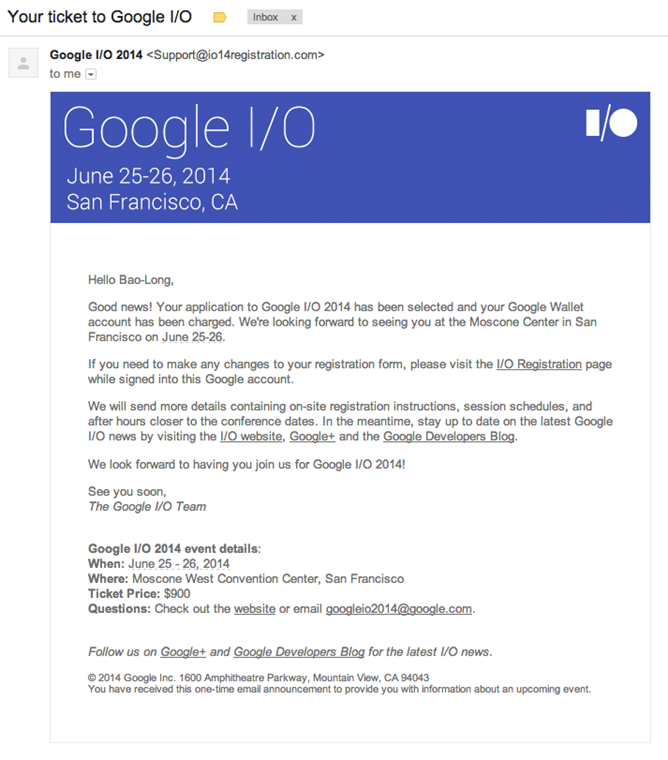 And if you didn't get in? Well, Google will let you know that, too. The process is entirely random - even Android Police's own Liam Spradlin (who's a technology journalist and an actual factual visual designer to boot) drew a short straw.

Last night, Glass Explorer Cecilia Abadie shared a post asking fellow Google+ users for some advice. Abadie had been given a traffic ticket "for wearing Google Glass while driving" and wondered if the cop was wrong, or if driving with Glass is already illegal in California.

Accompanying the post, Abadie shared a photo of the ticket itself. 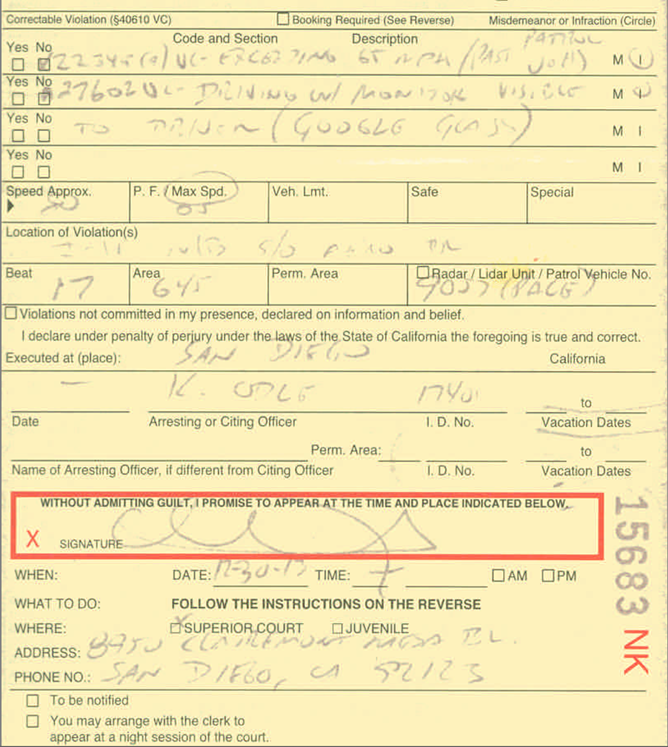 It’s easy to be angry that the cop would choose to list wearing Google Glass while driving as an infraction, but it’s also important to note that the ticket in question lists a speeding infraction as well. Specifically, it indicates that Abadie was going approximately 80mph, in what she says was a 65mph zone.

Amtrak, aiming to give you a "new way to take the train," released an official app to the Play Store recently.

The (logically named) Amtrak app allows passengers to plan their entire train excursion, from buying tickets (which can be displayed right on your device) to navigating to a nearby station, changing/upgrading seat selections, checking train schedules, and using an Amtrak Guest Rewards account. 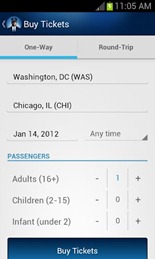 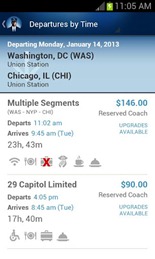 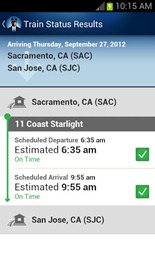 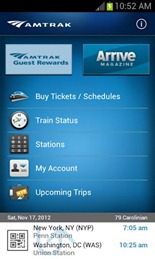 "Optimized for Android," the app carries a holo-ish interface with swiping tabs, proper navigation and scrolling, and all the visual flair you may expect from an app in line with Android's design guidelines. That being said, the app itself is also well-built and stable, and works just how potential train passengers would hope.

Though movie apps like Flixster and Moviefone (which allow users to locate any theaters near them) clearly have their utility, sometimes it's nice to have an app specific to a certain theater brand. Precisely for this purpose, Cinemark Theaters, one of the biggest names in the "motion picture exhibition industry," has released an official Android app.

The application will grant users GPS directions to any domestic Cinemark theater, in addition to:

O'Reilly's Android Open conference, which is happening October 9-11, is our first real media sponsorship of an Android event (yay!), and as media partners, we were given 2 free tickets to the event, along with an exclusive 20% off code: AN11AP.

Since nothing would make us happier than giving away the 2 free tickets we've gotten (worth $1295 each) to the most deserving AP readers, I had Cameron immediately fire up the giveaway last week. After receiving about 50 entries, it's now time to announce the two winners who would be getting entry to the conference and Sunday workshops for free.