It's been quite a while since Lenovo last released a ThinkPad-branded Chromebook, but it's now back with the C13 Yoga convertible. The productivity-focused machine is powered by an AMD Ryzen 7 3700C Series processor and comes with a slew of ports and features. It starts at $579, although a range of optional extras can be added to configure the ThinkPad to your needs. ThinkPad laptops have been popular for over two decades, and the ThinkPad name is well-known. Lenovo has tried several times to use the brand for products other than laptops, like Android tablets, with mixed results. Now the company has introduced a pair of ThinkPad-inspired Bluetooth earbuds — the 'Thinkplus Pods One'. While Chromebooks continue to inch more into the mid-range and high-end laptop tiers, there are still entry-level models to help you dip your feet into the world of Chrome OS. If that sounds appealing to you, then you may want to check out the deal we've got today courtesy of Staples. The Lenovo ThinkPad Chromebook 11e is going for $139.99, which is a savings of $210.

Owners of the Lenovo Thinkpad tablet have long been waiting for a way to root their devices... in fact, the situation is so dire that there is a $785 bounty for root. Or was, anyway: Dan Rosenberg has figured out a way to root the device, and Justin Case and utkanos have managed to get ClockworkMod Recovery (CWM) up and running without a hitch. Luckily, both rooting and installing CWM are quite simple (though you do need an SD card to install CWM). 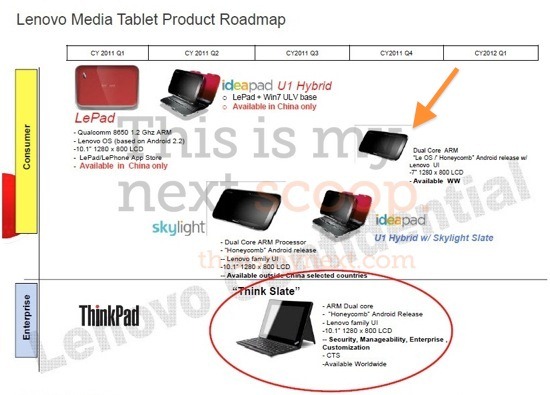 It looks like it should have the same custom interface as the ThinkPad, which we don't really have a lot of information on.