Facebook Messenger, an app the social giant says provides "a faster way to message," got a significant update today, bringing it up to version 1.8. The update, besides promising to speed up app loading, navigating (by way of some small UI tweaks), and message sending, contains several new features that are worth mentioning.

Among these new features is the ability to switch between conversations using handy (dismissible) in-app notification bars which appear any time a friend sends you a message in another conversation.

We've got a two-fer for you gamers today. While Android has always excelled at managing notifications, the one area that's always been a little bit troublesome is when you're using full-screen apps, like games. When receiving a message, your phone might vibrate, but you'll get no info on what kind of message you just received. NotifierPro and SMS Flash are two apps that are designed to help with this. 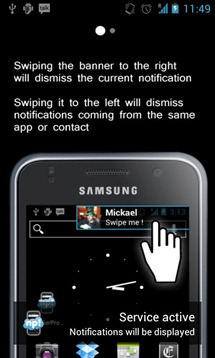 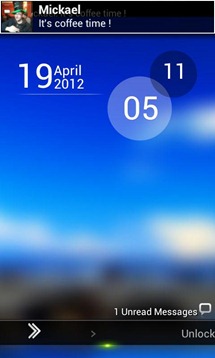 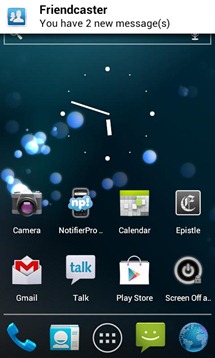 The first app, NotifierPro, provides a notification overlay that appears above whatever you're running.

Just when you thought Quickoffice was becoming out of touch with its user base (specifically, with their wallets) the company has released a fairly major update to its two main Android apps.

Specifically, both Quickoffice Pro and Quickoffice Pro HD were today updated to version 5.5.32. The update brings more than a number bump, though; here's the official list of new features:

Though the press release, interestingly enough, is not to be released until next Monday, the updated apps are available now.

Android's voice capabilities have always impressed me, giving me the ability to speak to my phone instead of spending time typing. Raising the bar a bit, Google introduced us tonight to live speech-to-text, making message dictation faster and more streamlined than ever. 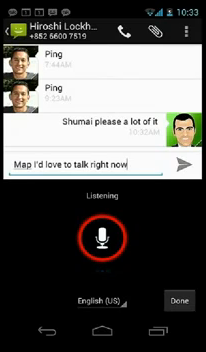 Android's new speech-to-text functionality happens completely live, as we saw in tonight's demo. As soon as you start talking, your phone begins typing. It will even wait for you if you take a pause, and add emoticons and punctuation per your request.

If you've been in an English fanatic's kitchen, there's a chance you might've seen a bunch of word magnets on their fridge which you can assemble into sentences.

So, the first thing I was curious about, naturally, is just how well this new feature works in the real world.

Read More
WARNING: This fix is for rooted 3G XOOMs only. The Wi-Fi only version is not supported (yet).

Most XOOM owners will tell you that they love their tablet, but that it does have its annoyances - like the fact that the stock browser loads pages in their "mobile" view by default. What good is a 10 inch screen if you can't load the desktop version of a website? Of course, there is the about:debug fix, but that can be tedious, since you have to reapply it every single time you restart.

CamTranslator is a new app from IntSig that is designed to help break the communication barrier between languages using your phone’s camera.

If you're anything like me, you text constantly. There are times, however, that I put my phone down and hop on the computer to do some more in-depth tasks or just enjoy some good, old-fashioned big-screen browsing. When I'm doing that, it's usually a pain to receive a text message, have to dig out my phone, open the messaging app, and use a tiny keyboard to reply, even though I'm sitting at a much larger, easier to use keyboard.