Yesterday we told you about an upcoming Tegra-specific game from Playbox called Bang Bang Racing. Today, we have a real treat for you - a sneak peek at three more upcoming games for Tegra devices that are sure to blow your mind (no less!).

The three titles in question are Riptide GP, a port of the popular aquatic racing game Hydro Thunder Hurricane; Galaxy on Fire 2, a space-based action RPG; and Pinball HD, a high-definition twist on an arcade classic.

Game development company Playbox has decided to jump into the world of Android gaming, given the power and presence of NVIDIA's Tegra 2 processor and its popularity in Android devices. The first of many games on the list to make its way to Tegra phones and tablets is Bang Bang Racing, which is currently available on both Playstation 3 and XBOX 360.

Bang Bang Racing looks like a super-awesome (and tiny) way to burn up the track, thanks to the dynamic environments and sharp graphics.

Did you see that score?

As expected, the LG Optimus 2X is finally available in the States courtesy of T-Mobile, who is dubbing it the T-Mobile G2x. At $250 less a $50 mail-in-rebate, the phone is largely in-line with the pricing for other flagship devices, and with all that horsepower inside, seems fairly reasonable.

A quick rundown of the specs:

You may remember that prior reviews found the hardware to be excellent but found some shortcomings in the software; hopefully LG and T-Mobile have managed to make some improvements on that front in the past two months.

Read More
Update: It's sold out already, sorry everyone!

Back on March 23, Woot featured the Viewsonic gTablet as their deal of the day, selling the tablet for just $285 out the door. It sold out then, but it looks like they managed to get their hands on a few more, as it's the deal of the day once again. In typical Woot fashion, the description is hilarious (it's the same one as last time) - just check out the first paragraph of the product description:

There are already plenty of side by side comparisons to help you decide between a ViewSonic gTablet and an iPad.

While AT&T and Verizon both announced dual-core devices at CES (Atrix 4G and Droid Bionic, respectively), T-Mobile and Sprint have been quiet about their offerings. It was only through accidental leaks that we found out about the LG Optimus 2X, rebranded as T-Mobile G2x, coming to T-Mobile and the EVO 3D coming to Sprint.

Now, after being spotted at CTIA, the G2x really had nowhere else to hide, so T-Mobile decided to finally officially unveil it to the public. 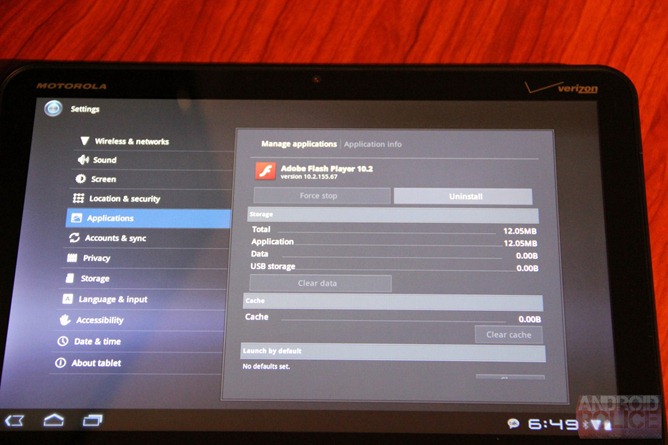 Those of you Android users who were hoping that you would get some Playstation love without having to buy the upcoming Xperia Play (dubbed the Playstation Phone by some) just got some good news. The Playstation Suite, Sony's framework that will integrate much of their gaming experience into Android, will be available for Tegra 2 devices later this year.

It was revealed in NVIDIA's Tegra Zone app that original Playstation games Wild Arms, Cool Boarders 2, and Syphon Filter will be among those available.