The super sleek new Transformer Prime from ASUS is going to be the Android tablet in which all subsequent tablets are measured by -- and its teaser page just went live. It doesn't give any info that we didn't know or any new images of the device, but it did successfully increase my desire for this device by at least ten-fold, which, considering how badly I wanted to get this thing in my hands in the first place, is quite a lot.

Earlier today, the Droid RAZR teaser site went live, revealing bits and pieces of the upcoming device as specific bloggers input the codes sent to them directly from Motorola. There's only one problem with that: we're still waiting for most of the bloggers to enter said codes. Luckily, one of our readers starting digging through the teaser page's source code and uncovered the full image. Have a look: 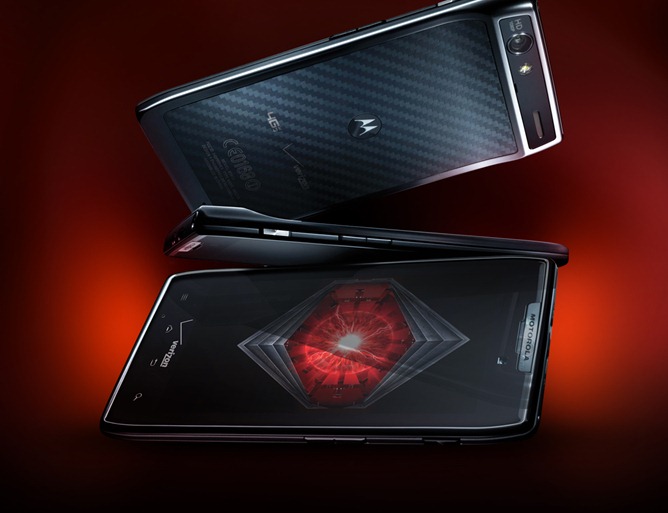 Unity3D has paved the road for some seriously stunning mobile games, and as smartphones and tablets continue to become more powerful, 3D shooters and other graphics-intensive apps will finally begin to reach their full potential.

A perfect example of this is MadFinger's latest project: Shadowgun, which we last saw in May. The OTS (over-the-shoulder) shooter puts you in the shoes of John Slade, an assassin hired to surreptitiously sneak into Dr.

In  the past, teasers, trailers, and other forms of video goodness for the Droid lineup have left me in a state of awe. I can still remember the amount of excitement that I felt the first time I saw the teaser for the Droid X -- it was chill inducing. The second that eye lit up with the infamous red glow and the "droid" audio resonated through my ear canals; oh man, it was good.

Though I was initially quite skeptical of 3D on phone/tablet-sized devices, it seems that at least one manufacturer has pulled it off - so I'll give LG the benefit of the doubt with their upcoming Optimus 3D. Just as the device's name suggests, it will feature a (glasses-free) three-dimensional display in addition to dual cameras for 3D photography. But we already knew that; what we didn't know - up until now - was how LG planned to market the device.

Whether you believe the rumors about Samsung's Android upgrade plans or not doesn't really matter - the company has proven again and again that when it comes to older devices (read: released more than 3-4 months), your chances of an update drop dramatically. Froyo has been around for over 6 months now, but 3 out of 4 flagship Galaxy S devices in the U.S. (Captivate, Fascinate, Epic 4G) are still sporting outdated and Flashless Eclair builds, while the rest were only just upgraded in the last month or so.

For those who haven't been following Mirasol, it is a functional equivalent of a traditional black-and-white eInk display that has become so popular in e-readers over the last few years, except it is capable of displaying color and playing videos (refresh rates are rumored to be anywhere from 12 to 30 fps).

As yesterday's teaser video implied, it seems that we can expect Motorola's much-anticipated Android tablet at CES. Motorola has launched a small teaser site to generate media buzz about the launch, with a countdown that expires at 4:15 p.m. on January 5th, 2011. You can also sign up to receive e-mail notifications of any news on the announcement.

Motorola's tablet will be sporting a Tegra 2 system-on-a-chip, and will presumably be the first consumer device to run Honeycomb, a version of Android tailored for tablet use.