Team17 is probably best known for its Worms franchise, but it's also the publisher of titles like Sheltered and The Escapists. Never a company to sit on its laurels, Team17 has announced today that The Escapists 2 is coming to mobile under the moniker The Escapists 2: Pocket Breakout. It's slated for release on January 31st, which means it will be available for download in only 13 days. If you're eager to get your hands on the sequel, the listing is already available on the Play Store so that fans can pre-register for the release. You probably know Team17 as the game developer behind the massively popular Worms franchise. That's not all Team17 has ever done, though. Back in 1993 it produced a much lauded platformer in the vein of Sonic or Mario Bros. called Superfrog. It was overshadowed by Worms, which came out in 1995, but fans of the miraculous amphibian will be happy to know the game is back. 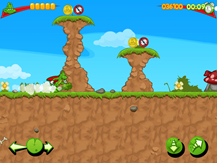 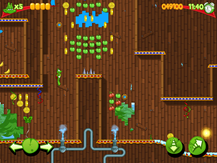 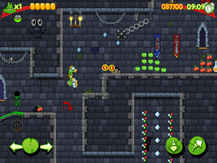 Superfrog includes 24 levels (plus boss battles) across six different worlds as you try to save the princess from the (allegedly) evil witch. The graphics have been given a modern makeover obviously, but the gameplay is different too.