When you're traveling to a new country, region, or even an unfamiliar part of your own town, and hailing a ride, you may be suspicious of the driver taking advantage of your cluelessness to charge you more or for more nefarious reasons. That's why I often keep a tab on the drive in Google Maps when riding a cab while traveling, but I have to repeatedly glance at my phone to notice any awkward routing. Maps recognizes this use case and is now offering to do the work in the background and notify you when your driver goes off the logical path. Android tablets may be dying out in the consumer market, but you might be seeing more of them if you live in New York. Curb Mobility announced on Thursday that its fleet of NYC taxis will soon be updated to include not one, but two Android tablets. 'Dash' will replace the legacy digital meters currently in use by drivers, and 'Ryde' will display media content for passengers.

The Uber app is pretty convenient already, but there's always room for improvement. Earlier in the year, the ability to message your driver via in-app chat was added, and now Uber has a few more enhancements that it hopes will help ease the stress during the festive season.

Until now, Lyft drivers have had to set up a job in the Lyft app and then switch to a different one for navigation. The annoyance of having to do that will vary depending on the phone, but it's certainly not ideal. It's impossible to talk about the ride-hailing service without comparing it to its biggest rival, Uber, which has a proprietary in-app navigation system that's seen as a big advantage.

Lyft hasn't been ignoring the situation and has just announced that its own in-app navigation system is ready to go. Rather than go to the trouble of developing a solution, however, Lyft has partnered with Google to integrate its already full-featured technology. Uber wants to make things easier for people who choose to do part of their journey using its taxi service and the other part with public transport. To that end, the company has announced a deal with the journey planning app Transit. It's now possible to view onward train departure times without having to leave the Uber app.

Lyft, the definitely-not-a-taxi service that is not Uber, is adding a useful feature: scheduled rides. This means exactly what you think, giving the option to call for a, well, Lyft for some future time. With that said, you probably can't use scheduled rides just yet as it is currently being piloted in San Francisco.

Assuming Lyft does roll it out to their other markets this summer as they say they will in their announcement, there will be some guidelines. The main thing is you cannot schedule your ride more than 24 hours in advance.

In its latest update, Lyft has finally added the capability to split fares among passengers. This is a pretty important feature and one that puts it on par with top competitor Uber, which has had fare splitting for well over a year. For those who travel in groups, this makes Lyft a more viable option.

Uber has bothered some users by price surging during times of the year when people may be most in need of a ride, but now it's doing its part to roll numbers in the opposite direction. The company has just lowered the rates for its uberX rides by up to 34%. The percentage depends on which city you're in, with 16 of the 24 serviced cities seeing a price drop of at least around 10%.

Uber's uberX rides were already its most affordable vehicle option, but it's definitely not bad to see them dropped lower, especially considering that you may already be saving time and energy by using their mobile app to hail a ride in the first place.

Getting around New York City can be a bit of a chore, but there are a growing number of options out there. Today VeriFone has launched Way2Ride, a mobile app that makes it easier for New Yorkers to hail a cab and pay the fare using just their phone. Yes, it's jumping into an area that Uber has honed over the years and others are seeking to dominate, but there's a chance there are lower rates to be found here. 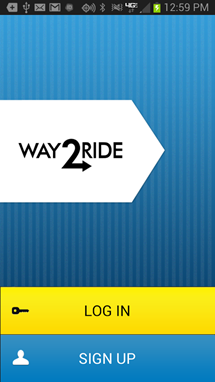 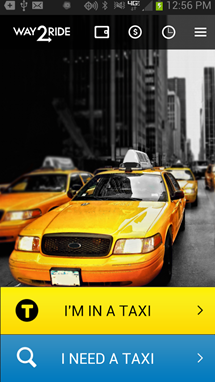 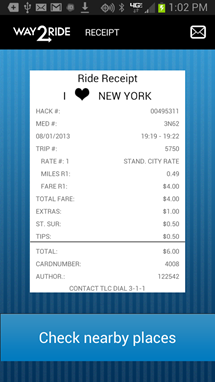 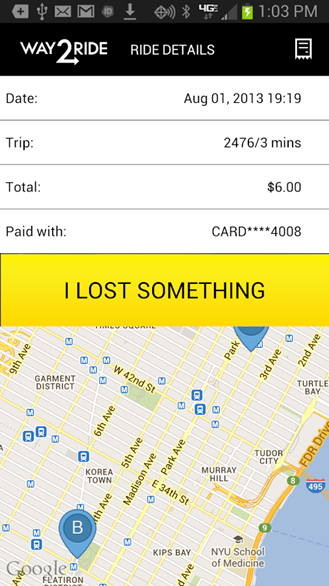 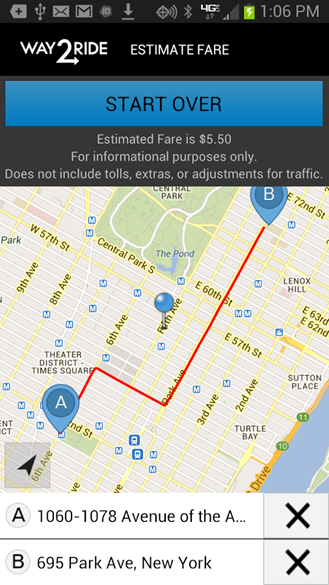 Way2Ride allows users to hail a cab using their phone, but those who snag one the old fashioned way can still turn to the app as a means of payment, rather than having to fumble for the credit card in their wallet.