Talon is my favorite Twitter client, since it offers many more features than the official app all while looking prettier — it also helps that I happen to like the developer, Luke Klinker, and his work. But earlier today, he announced that he had open sourced one of the most popular Twitter clients, just like he did with the previous version a few years ago.

As the first full week of March comes to a close, I have returned for the final round of app sales. Today's list is rather extensive for a Friday, in contrast to Wednesday's disappointment, so have some fun. There are definitely some goodies below, especially Baldur's Gate and Talon for Twitter. Text messaging applications are a dime a dozen. Luke Klinker, the developer behind Talon for Twitter and EvolveSMS, is working on another SMS app. Simply entitled 'Messenger' while in testing (the final release will have another name), this app allows you to use SMS on your phone, tablet, Android TV, through a web app, and even with a Chrome extension. As far as device compatibility goes, this is pretty impressive. It's that time of the year again, when a new Android version spawns an avalanche of third-party app updates from developers rushing to add compatibility and new features to their software. Today we're talking about Talon for Twitter, the beautiful Material designed Twitter client. Its version 3.1 update has been released with Marshmallow compatibility, a new Android Wear app, and a few other useful additions.

First, the app is now compatible with Marshmallow-running devices, so all of you with Preview 3 on your Nexus devices can start using it again, and it also includes M's new app permissions. 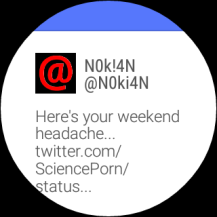 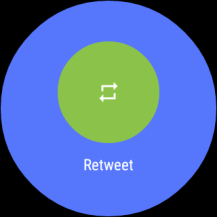 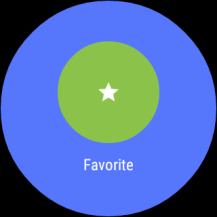 Second, the Android Wear component has been revamped. You can now check unread tweets from your wrist, and then retweet, favorite, or reply to them (via voice).

The old retweet formula re-broadcasted an entire tweet into your timeline with the little retweet badge.