Google pushed live its schedule for Google I/O just yesterday. Of course, we may see the events listed change over time — Google does like to keep a handful of subjects secret until they're announced — but there are already a few must-watch events. I've taken a look at the full list, and while you should keep that schedule open for additions, here are my recommendations. There are over a hundred individual events going on at this year's I/O. If anything, with new announcements, that number is only going to increase. No one has enough time to attend them all, and the cumulative investment to watch all of the events would consume almost a full week, waking and sleeping. I might work here, but even I don't have the time for that.

In my attempts to prioritize I found there were a few events that, no matter the conflict or overlap with other potential interests, I just couldn't do without. Your interests might not align if you have any specific niches outside of the Android ordinary, but this might still be a good place to start if you haven't taken a look yet. The new phonebook Google I/O app is here! Just like I/O events past, the latest developer conference has its own app. If you still had I/O 2016 installed on your device, or if you pulled it down in anticipation, you'll find an update waiting for you. Everyone else that might be attending should go download this latest hotness now.

More of this year's schedule for Google's I/O developer conference is finally up. At least, more than the last time we talked about it. Not all of the events are on it, as some would likely give away announcements made during the keynote at I/O by their presence on the calendar, but it looks like most of the talks should be there now. If you are planning on attending, as some of us are, then you might want to start figuring out how best to divide up your time.

From climate change to mobile security, psychology to astronomy, TED talks cover some of the most important, interesting, and amazing topics from leaders of science and technology. TED is, in short, a collection of discussions from the height of human intelligence and thought. Now, more than 1200 TED talks are available on your phone or tablet. This is amazing. 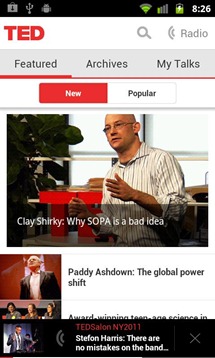 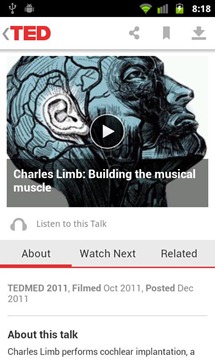 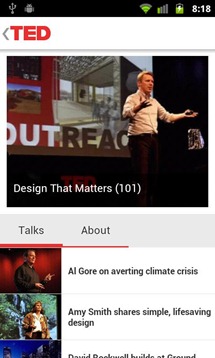 The design of the app is clean and straightforward. It sticks pretty closely to Android's style guide and is therefore very good looking and, more importantly, familiar. The app is functional and gives the user plenty of ways to both discover new talks to listen to as well as find a specific talk.

On one hand, while there is no evidence that Google will give Motorola preferential treatment following its acquisition, concerns have manifested, and partnering with any manufacturer (why not LG?) would quash any rumblings. 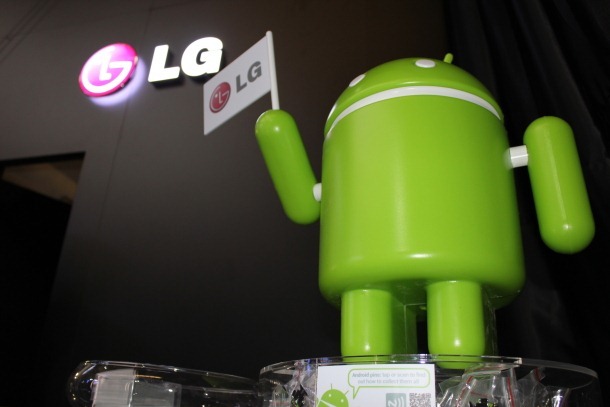 On the other hand, LG is decidedly pro-customization when it comes to Android's interface.