Some features are just groundbreaking — there's no other way to say it. Like seeing borders on a map or tracking sleep with a health service, there are plenty of amazing things your apps could do that you never thought might even be remotely possible. Have you, for example, ever imagined, being able to search for a contact in a messaging app to start a conversation with them? I bet it never occurred to you, but that's exactly what the Messages app has just added. Recently, we took a look at Ultra Violet, a new Hangouts app for Chrome that - at the time - was still in testing. It promised floating chats similar to Facebook's Chatheads feature, but for your desktop. Today, that app is finally a reality and available for download.

The premise is simple - as the video below demonstrates, a Hangouts bubble floats on the side of your desktop, opened from Google's Chrome app launcher, and subsequent conversations float above that. Users can click and hold to drag the bubble around and manage/participate in chats just like on the web.

New messages automatically preview in a word bubble next to their respective chat, and users can hover over each chat to see the last correspondence. 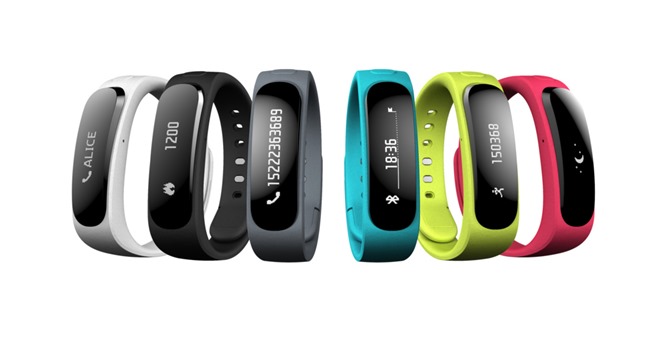 According to CNet's hands-on, Huawei claims 7 hours talk time and 2 weeks standby battery life for the device. The device's readout is an OLED display at 1.4", and users will need to manage the "smartband" via their phone running Android 2.3 or higher.

Users of Google Voice have long called for the company to pay more attention to the seemingly forgotten service for quite some time. Unfortunately, they may be getting more than they were hoping for. While many people are thrilled to hear Voice will finally support MMS and become a part of Hangouts in early 2014, Google is also planning to close up shop for all 3rd-party apps that relied on the service for free texting and VoIP calling. Sadly, these apps will cease to function on May 15, 2014.

Following up on our roundup of May's absolute best games, we're back with the month's greatest apps. As with (almost) every month, May offered plenty in the way of great new apps to try out. If you feel like the supercomputer in your pocket just isn't doing enough, any of these apps are great starting points for added functionality, productivity, or just entertainment.

As with our last roundup, we'll also include a list of honorable mentions – those are the apps that didn't quite make the short list but that you should still take a look at if you find your selection wanting.

There is no arguing that the new Hangouts Android app, which replaces Google Talk and aims to unify several communication methods, has had a rough start. One of the main issues we've run into from the very beginning was wonky tablet support. In fact, most people couldn't install it at all because instead of the Update button, only a lone "Open" button would show up on tablets. Dan Morrill, one of our favorite Android engineers (HOLOYOLO! No really, he yelled that at yesterday's Android Fireside Chat), has explained that this happened due to an unfortunate bug with telephony-related permissions, and that a fix would be rolling out shortly.

Talkray, from the makers of the incredibly popular touch-talk app TiKL, is an ambitious app – it looks to be your one-stop shop for mobile communication on the go, communicating through text, pictures, videos, and voice all for free. Until now, though, the app has had a fatal flaw – its design. While not the worst design we've seen, Talkray had, shall we say, unfortunate looks. Inconsistent styles, gradients mixed with flat elements, and Gingerbread-style tabs abound.

In its latest update (to version 1.17) though, the app underwent a bit of beautification, bringing it closer to a true holo standard. The redesign isn't perfect, but it's undeniably better.