I'm going to be perfectly honest: I avoid Skype like the plague, because its Windows client is legendarily awful. I actually install it and immediately uninstall it every time I need to talk to someone who only uses Skype. Perhaps the Skype Windows developer team should accept a little help from the mobile side, because the latest release looks really good, especially on tablets. The Skype blog announced a revamped tablet user interface in version 7.0 of the Android app. Ever since Flipboard hit the scene, there's been a constant outcry for a tablet-optimized version. Guess what? It's here. So, now you can look at Flipboard on your tablet and it will look better than it did before (if you could even install it in the first place). And that's a good thing. 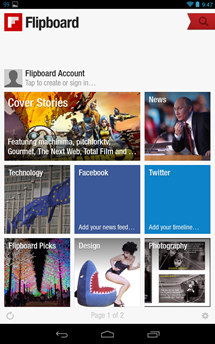 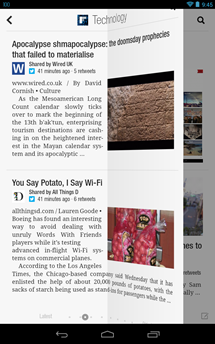 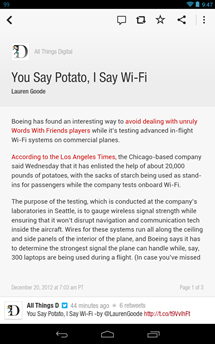 As you can see, this new tablet-optimized interface looks similar to the phone version, except... different. It makes good use of the added screen real estate, with more info on each page. You'll probably also notice one major difference: it flips from right to left – like a book – on tablets, as opposed to from bottom to top like on phones.