A lot of our readers have made the jump to Google Keep for their task/to-do manager of choice, but the older and more feature-filled Astrid still has a wide and appreciative community of users. Today the cross-platform service announced that it's been purchased by Google's ancient and somewhat diminished rival, Yahoo. While details on price and timeline are scarce, the service blog notes that they're no longer accepting premium subscriptions (which added data storage and saved voice notes) and will be issuing refunds to those who have paid for subscriptions and plugins.

The new app backup offering from ClockworkMod is one of the most impressive apps we've seen recently. It makes saving your app data a breeze, and it doesn't even require root. The initial release was good, but Koush has pushed an update that adds a few features and cleans up some errant bugs. 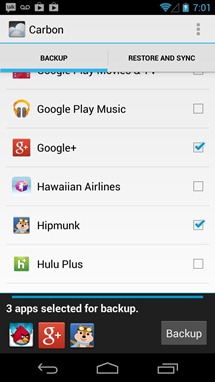 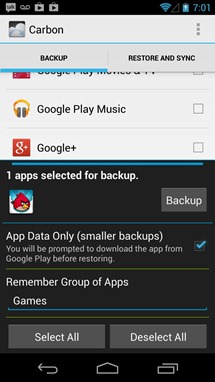 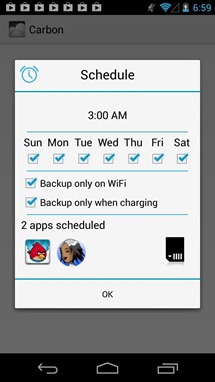 Popular (and well-established) music manager/player Winamp got an update today, bringing the app to version 1.4.6 and introducing (among other things) long-awaited notification player controls. The controls match the look and feel of the app they belong to, using a design language that (unfortunately) doesn't look like it's been revisited in a while. That said, they work like a charm, and add much-needed functionality.

Besides that, users will enjoy several bug fixes (primarily involving SHOUTcast and AAC playback), and some streamlined code on the Now Playing screen.

If you've spent any time gaming on Android, you probably remember OpenFeint. Nearly every major game integrated it in some way, usually allowing players to log in with a single username, collect achievements, and post scores to a global leaderboard. It was handy for what it did, but if you didn't care about competing, it felt a lot like obnoxious spamware. Unsurprisingly, it closed down in December of last year. Today, however, it's being sort of reborn as OpenKit, a project headed by one of the co-founders of the original service.

Hope you like the idea of a smartwatch, because startups are not giving up on them. To wit, one of the most popular manifestations of the concept is the Pebble which began as a Kickstarter project that aimed to raise $100k. Instead, the company raised $10 million. Yes, a hundred times a hundred thousand. That investment seems to be paying off a bit, though, as today an Android app landed in the Play Store just prior to the first round of units arriving on customers' arms.

Hi, everyone. I'd like to introduce you to the Samsung Muse. This is a music player with no screen and a mere 4GB of storage that requires a phone with music on it in order to sync. It costs $50 and is going on sale in the U.S. soon. Why is this handy little thingy going to be made available here? Because screw you, that's why.

'What is this device?' you ask?

Start with a base of Google+'s Instant Upload, mix with about three cups of Instagram (sans filters, of course), add a dash of personal Pinterest and what you'll get is a photo sharing app from Nero that serves 3-5 platforms. The company that you best know for including a free trial of something DVD-related on any computer you bought in the last decade has released a free Android app that automatically uploads any picture you take on your phone to its central servers and makes it available on any device you have the app installed on.