Google Calendar covers most of the basics for synced calendar users, but anyone who wants something more robust needs to go on a bit of a hunt. Titanium Track, the indie developer team behind the power user favorite Titanium Backup, is on the job. Their latest project is EvGenie, an advanced calendar designed for seamless backup across multiple devices and sharing with family members or coworkers. It's currently on the Play Store in an open preview. It's free to download. As we reported yesterday, SwiftKey's synchronization service has been down for several days. At the time, there was speculation that the outage was related to reports from users that they were getting predictions from other accounts. That's not speculation anymore—in a brief post on the SwiftKey blog, the company confirms that it disabled sync because of the prediction bug.

Since the release of Android 6.0 Marshmallow, Gmail users have been reporting some syncing problems on their app that appeared simultaneously with their update to Android's latest flavor. (Very few users mentioned being affected on Lollipop, but it's worth pointing out.) The problems seemed to be divided in two categories: one that specifically stopped Hotmail accounts from being synced inside the Gmail app and another that caused a lot of delays in syncing and notifications regardless of the account type.

Gmail 5.10, which started being pushed to users on January 20, fixes the first issue. A Google employee explained on the corresponding Help Forums thread:

Hi everyone,
I can confirm that upgrading to the Gmail Android app 5.10 should fix this issue, however it's rolling out slowly so is only available for a small number of people right now.

There's no nice way to say this: interesting and new apps were a bit thin on the ground in September. Maybe it was the double-threat of new announcements from both Google and Apple that scared off developers, or maybe they're all hung up on ancient Green Day lyrics. Either way, things were looking pretty sparse, but we still managed to find a few interesting tidbits for you. Here are our top seven and a few honorable mentions.

There are numerous ways to automatically back up files from your Android device, but they usually rely on the cloud. If you want to handle everything in-house, DAEMON Sync might be exactly what you need. This app syncs files from your phone to a computer on the same WiFi network. Nothing is sent over the internet at all. 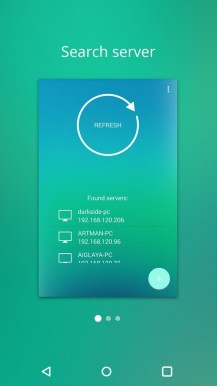 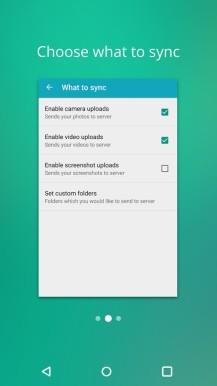 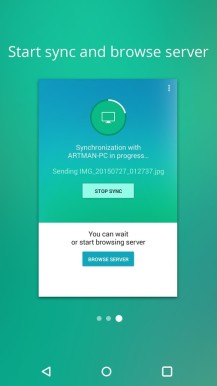 You can swap out pretty much all of the default apps on your phone for something else, including the one that manages your contacts. Addappt (yes, that's with one too many d's and p's) is an alternative that saves you the hassle of messaging all of your friends whenever your number changes or accidentally sending an email to an address that has been deleted. With this app, users automatically update one another whenever they make changes, so everyone is always current.

Version 2.0 has hit the Play Store, and it brings with it a number of changes. There's a new interface that, while not a fully material experience, looks more modern.

BitTorrent Sync is the cloud storage solution for people who don't like clouds, those who rather keep their files saved locally without giving up the convenience of accessing data from their desktops and mobile phones alike. Today's a big day for the service, the launch of version 2.0 and a pro tier worth $39.99 a year.

A pro account lets users maintain access to files on devices where the data isn't saved. Instead of downloading the full contents of a folder, you store placeholders that load on-demand (white folders in the image on the left below). This is especially useful for mobile users whose 32GB Android phones can't possibly handle all of the songs and videos stored on their 2TB NAS (speaking of which, Sync 2.0  expands support for network-attached storage devices, increasing the number of boxes the service can run on).