The SuperSU root permissions manager is probably one of the most widely-distributed power user tools on Android at this point, though it won't be breaking the Top Ten lists in the Play Store any time soon. Developer Chainfire has issued an update to version 2.13, which includes a huge list of additional and adjusted features. As far as usability is concerned, the biggest change is probably the fact that the app is now available on the Amazon Appstore.

There are always some bumps along the road when a new version of Android comes out, and this one isn't even technically done yet. Nevertheless, Chainfire has tweaked SuperSU to enable root access on the Android L developer preview. This man works fast. 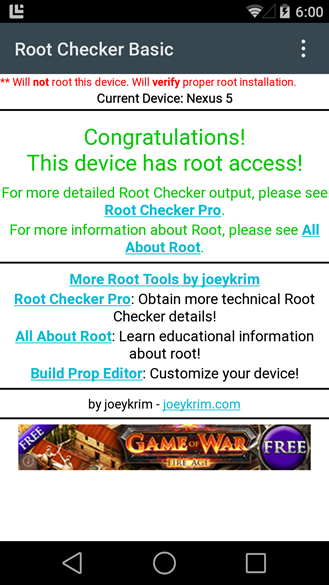 Two weeks ago developer Chainfire rooted the international GSM-LTE version of the Galaxy S5. These things take time, but apparently not much of it. Barely two weeks later, the modder is back after having rooted six additional variants just in time for the official commercial launch. These include the T-Mobile, US Cellular, and MetroPCS models, the International Exynos option, and some shipped to various other parts of the Western Hemisphere.

That was fast. Despite the fact that the Galaxy S5 won't be released for another two weeks, well-known developer and modder Chainfire has already rooted the phone. Well, at least one of the Galaxy S5s (S Fives? Galaxies S5? whatever), specifically the SM-G900F model, which seems to be the international GSM-LTE version. The root method will probably work with at least some regional and carrier variants.

To get root privileges, check out this XDA-Developers post for Chainfire's latest version of the CF-Auto-Root tool, flashable via a PC with Samsung's ODIN tool.

OTA updates are usually a good thing, but first impressions can be misleading. The just leaked Android 4.4 KitKat build for the Galaxy S4 seems good, but some behind-the-scenes changes broke SuperSU, making root access difficult. Ever the go-getter, Chainfire already has it sorted out.

The new flashable ZIP file is available from Chainfire's site – version number 1.89. CF-Auto-Root has also been updated to include the new SuperSU. This has been successfully tested with the leaked ROM on the GT-i9505, but should also be fine on other devices you need to get root on.

These days, it seems like everybody is trying to make Android more secure. As usual, rooting and modding are often casualties of this effort. Just over a month ago Android 4.3 broke the existing model for root, forcing updates to existing methods, and now Samsung is rolling out updated Android 4.2.2 firmwares for the Galaxy S 4 which fully enable the company's heavily secured KNOX environment. Fortunately, Chainfire is already on top of it and has updated his popular root software, SuperSU, to be compatible with the new system.

If you've already updated to Android 4.3, whether via an OTA or by flashing it manually, and rooted it, you're more than likely using Chainfire's SuperSU, which carefully works around the new restrictions Google put in place. Cody has a good write-up about why they did it and what's going on, so go read that if you're interested in the details.

Chainfire created the Android 4.3-compatible root method and the updated SuperSU back when the first leaks showed up for the Galaxy S4 but hasn't updated it for a few weeks.

It's no surprise that Google's latest update to our favorite operating system is in instant demand amongst power users and enthusiasts. Without fail, the people eagerly installing 4.3 are frequently the same ones who consider root privileges a necessity for a good Android experience. Unfortunately, it seems a wrench has been thrown into the works when it comes to exposing ultimate access, and people are experiencing more than a few hiccups because of it.

Back when Google unveiled multi-user support with Android 4.2, one of the first question on many users' minds was how will root access be handled on secondary user accounts? It was a short answer, actually: it wouldn't. Superuser managers like SuperSU simply wouldn't run on anything aside from the primary user. 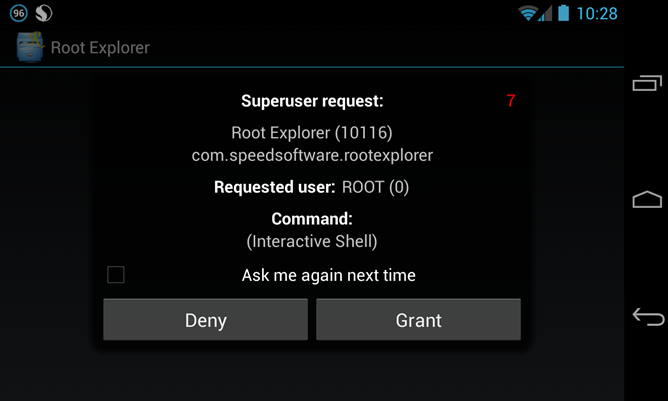 However, Android developer Chainfire – the mastermind behind SuperSU – knew that it could be done. It's been clear that he has kept this venture on the forefront of his mind, and he's finally broken the barrier.