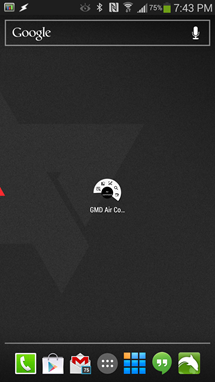 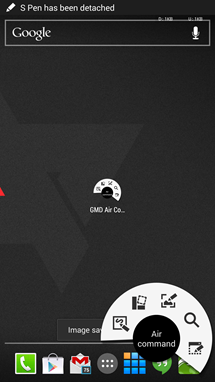 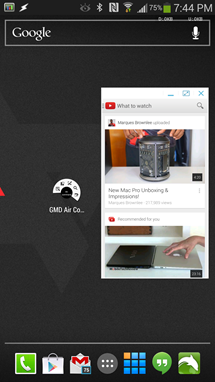 MyScript Stylus gives you a small writing space where the keyboard usually is. Whatever you scribble in there will be turned into text and dropped into any field on the device in real time.

Stylus inputs for smartphones and tablets have become largely obsolete, with the exception of devices packing an integrated digitizer and active stylus, like Samsung's Note series and a few others. But some of us love our styli, as millions of cheap, plastic passive pens lining iPad accessory bargain bins across the country demonstrate. NVIDIA is hoping to boost the capability of passive stylus input on Tegra 4 hardware with its DirectStylus solution, a way for a standard capacitive touchscreen to more accurately emulate pen and paper.

Asus really went big with announcements at Computex this year, naming 11 new products in about 30 minutes. One of the really interesting devices to make the cut was the Fonepad Note FHD 6, a smaller cousin to the 7-inch model announced earlier this year at MWC. In many ways, the super-sized phone blends qualities from other popular devices like the HTC One's front-facing speakers and a smart stylus from the Galaxy Note.

Since their inception, tablets have been seen as a computing form factor conducive to a particular kind of artistic expression: drawing and painting. Of course, accurate sketching can be a little difficult with clumsy fingers, and conductive stylus pens have proven a middling solution, at best. Fortunately, with the advent dual-digitizers capable of supporting pressure-sensitive styli - like those found in Samsung's Galaxy Note 10.1 - tablets have become a much more practical art tool.

On April 11th, the Samsung Galaxy Note 8.0 officially went on sale in the US in a Wi-Fi only flavor. I can tell you this already - if someone were to offer me one of those or a Nexus 7 3G, I'd take the Note 8.0 no questions asked. I think it's probably the best all-around Android tablet currently on sale, squeaky plastic and giant-Note II look be damned.

The Galaxy Note 10.1, old as it may be, is still the de facto standard if you're looking for an Android tablet with a built-in stylus and at least some custom software to support it. Now, it's cheaper than ever to get your hands on it with Woot offering the 32GB model with a bonus leather pouch for $409. The slate has also received some updates in some regions since it first came out, so there's never been a better time to give it a second look.

Personally, I'm fine without the flip cover, and I can do without the dock, but having owned Samsung's sleeve for the original Galaxy Tab 10.1, I wanted to find some sort of stylish carrier for my slick new 10" tablet.

It's finally arrived! The Galaxy Note II, which went up for pre-order back in October, has now gone on sale in AT&T stores and online. The Verizon version, for those of you who like be-uglied home buttons, won't be coming around for another couple of weeks, so sit tight. Otherwise, it's time to get your giant phone on! 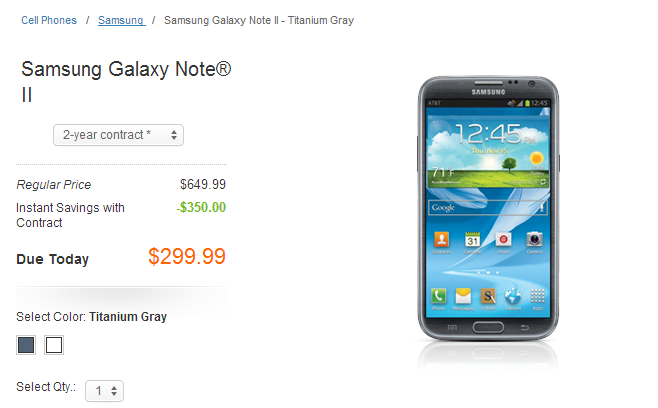 Of course, the Note II is $300 on contract. That's a pretty hefty price tag on any day, and after Google announced the Nexus 4 for $350 off contract, it's going to get even harder for people to justify so much up front.

When the first Galaxy Note launched, everyone was reasonably skeptical. Was the world ready for such a large phone? Turns out, yep. So now, it would be expected for more carriers to want in on the action. Cue Sprint, stage left. One curious XDA member started poking around in some Sprint documents and found reference to one "SPH-L900." We know SPH is a designation Sprint uses for its Samsung phones (Galaxy Nexus is SPH-L700, Galaxy S III is SPH-L710, etc.),