In case you haven't heard, everyone likes stories now. Sure, maybe you don't, but judging by how many apps now carry them as a feature, you're on your own. Everyone from Spotify to Pinterest to Twitter has shown interest in stories in the last few months, to say nothing of old standbys like Snapchat and Instagram. Venmo, the PayPal-owned payment platform that pulls double-duty as a mini social network, has decided to get in on the fun, but not really in the way you might expect.

It looks like Spotify didn't want to be left out in the cold when Twitter introduced its Snapchat stories clone Fleets. The music streaming service has started publicly testing its own version of stories, an exclusive way for artists and companies to connect with their audience. Perhaps by coincidence, both Instagram and Snapchat have announced new features related to Stories today. Instagram is rolling out stories in the Explore tab, which contain a mishmash of Stories tagged with a certain location or hashtag. Now Snapchat has announced the ability to create Stories for groups. Instagram created a carbon copy of Snapchat stories last year, but now the company is making them far more discoverable. In a blog post, Instagram announced that Stories will now be accessible by location and hashtags. Facebook is continually adding features to its Messenger platform, which is great for the many who use it. This time around brings us stories... er, I mean Messenger Days, which are "temporary" photos or videos that your friends can see and reply to. They disappear after twenty-four hours, or you can delete them before then if you so choose. What you are about to read is unlike anything I have ever written for Android Police before. There are no coupon codes, reviews, leaks, specs, or APKs in this article. Instead, this is a story that I have wanted to share with you, our readers, for quite some time. Today, as I reflected on the things I am grateful for in my life, I made the decision to sit down and write the story of one of the most random, timely, and wondrous things that have ever happened to me, all because I was an Android Police reader. If you have a few minutes to read a story, then sit down, and I'll tell you one.

Google didn't spend enough time on Material Design during the keynote. We saw a beautiful video and learned a little bit about the intent and thought behind Google's new cross-platform look (which we actually saw a bit earlier than anticipated), but there's so much more to be said. Having attended as many design sessions as possible during I/O, I think it's worth taking a somewhat closer look at Material Design. In this post we'll attempt to scratch a little bit deeper into what Material means, why it's awesome, and why it's a forward-looking move for Google.

We'll give a quick look at some of the fundamental principles of material design, while avoiding restating the extremely detailed and thoughtfully crafted design guidelines.

Six to Start's latest app is another pedometer for people who need more motivation to get off the couch. Similar to the team's previous game, Zombies, Run!, The Walk is an immersive experience that pits players in the midst of a suspenseful storyline - but rather than tap and swipe at the screen to make progress, you must get on your feet and move. It hopes to change your next walk around town into an adventure you will never forget. 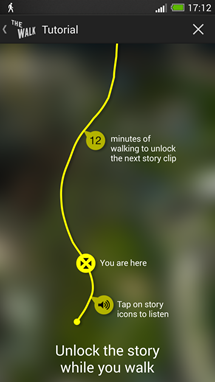 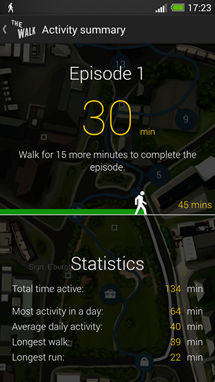 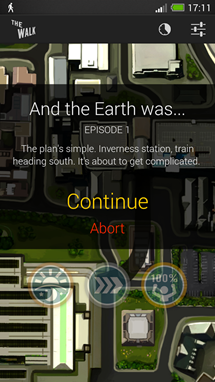 The game begins with a bomb exploding in Inverness station and you being handed a package that could save the world.

The game is set in a fantasy landscape and sends the player on a mission to "solve the mysteries of the Kingdom of Tyreas." Presumably, these are different mysteries from the ones in the Kingdom of Aralon, which were addressed in Aralon: Sword and Shadow, a previous game from the same developer.

Partnered with Steve Jackson, Tin Man Games has brought another Fighting Fantasy title to the digital age with House of Hell. For the uninitiated, Fighting Fantasy is a series of interactive "gamebooks" by Steve Jackson and Ian Livingstone which began publication in the early 80's. The books each contain their own fantasy adventure, the outcome of which is completely dependent on the reader's choices.

Staying true to the 1980's aesthetic of the original printed works, Tin Man's adaptation of House of Hell has the option to turn off its various visual enhancements to "make the gamebook look like it came off the printing press in the 80s."