Your Chromebook is no ordinary PC: it's powered by Google's Chrome browser, providing a speedy, simple, and secure online experience. It's precisely this reason that Chrome launches automatically whenever you sign back in — there's no better way to showcase your Chromebook's strength than by putting the browser front and center. However, some people just prefer starting with a blank desktop instead, whether they want to use other apps instead, or for minimalism reasons. With the help of a hidden switch in the newest Chrome OS 92 update, you can stop your Chromebook from opening Chrome when you sign in.

Read More
Update: It looks like we can strip the rumor tag from this one -- Adobe made it official. Flash for mobile is dead. Check out the full details at the Adobe Blog. RIP, mobile Flash. You will be missed.

To clarify, Flash isn't going to just disappear from the Market, and in fact Adobe will continue to provide security patches. However, since they won't adapt it to new browser, OS, and device configurations, there is a chance it will stop working at some point in the future or won't work at all on newer devices.

According to ZDNet, Adobe is throwing in the towel on Flash for all mobile platforms (Android included), and will encourage developers to use AIR and HTML5 in the future as alternatives to the company's iconic web plugin. 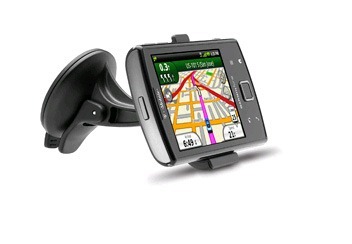 At one point in time, I'm sure this phone would have been a break-away hit but, now that every phone has GPS navigation, the Garminphone has become completely irrelevant.