According to sources both in and outside the company, Cyanogen Inc. is effectively ceasing to exist as it has for much of its short lifetime as of today, with a renewed round of layoffs and an internal announcement at the company that its Seattle headquarters will close by the end of the year, AKA within around a month. This should not be surprising to anyone at this point.

Our sources also claim that the future of the company's cofounder, Steve Kondik, is up in the air. Kondik was removed from the company's board, allegedly, as part of a managerial shakeup last month that also saw CEO Kirt McMaster cede his position to newcomer Lior Tal. Kirt McMaster, the controversial CEO of Cyanogen Inc., will be stepping down from his role, we've learned. An announcement could come as soon as tomorrow as part of a larger news release regarding the company's new structure and direction. McMaster changed his title on LinkedIn recently to reflect the change. It is unclear what role this would actually give McMaster at the company, or who would replace him as CEO. Accounts indicate that employees were called into meetings, sometimes in groups, and told they were being let go.

Steve Kondik and company announced earlier this week that the CyanogenMod ROM has been incorporated into Cyanogen Inc, with the aim of strengthening the pseudo-platform and reaching more users. Since the first announcement Cyanogen has been teasing one major hardware partner, and it looks like that has been revealed.

Update: We've confirmed the details of the Oppo arrangement: Here's How Cyanogen Inc Wants The CyanogenMod-Enabled N1 And The First Hardware Partnership With Oppo To Work.

Observe the teaser trailer from Chinese manufacturer Oppo for the upcoming N1 smartphone, below:

Mr. Kondik didn't say as much, but the brief video is a pretty clear indication that the upcoming Oppo N1 phone will run the CyanogenMod ROM in some form or fashion.

Not long ago CyanogenMod Nemesis Phase 1 was announced, spearheaded by a brand new camera app called Focal. It garnered quite a bit of excitement and demonstrated just how far the open source project had come. Unfortunately, one week shy of its 2 month anniversary, Focal has been officially removed from the ROM and isn't likely to make a return.

Rumors of friction between the creator of Focal, Guillaume Lesniak (xplodwild), and heads of the organization have been circulating for some time now, but the official announcement of the new company brought the conflict to a head.

Yesterday was kind of a big day for Android. The long-running and extremely popular custom ROM family CyanogenMod has been incorporated into a company which plans to further the software into a bona fide platform. CyanogenMod founder Steve Kondik and extremely vocal CM team member Koushik Dutta (CTO and VP of Engineering for the new Cyanogen Inc, respectively) did what you're supposed to do whenever cool stuff happens: head to Reddit for an "Ask Me Anything" session. Here are some highlights from Kondik and Dutta's responses to the community's questions. 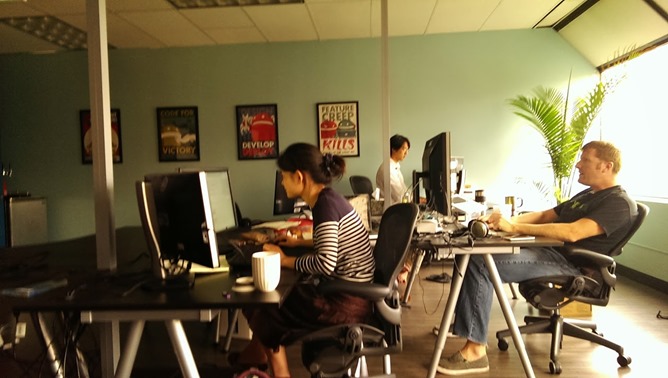 The elephant in the room is hardware. When will there be new hardware that runs CyanogenMod off the shelf, as a sort of alternative to Sense/TouchWiz/whatever the hell LG is calling it this week?

As part of today's announcement of CyanogenMod as a company, CTO and founder Steve Kondik said one of the first goals the team had was to make the process of installing CyanogenMod easier. Kondik called the current process "hideous" and too difficult for "mere mortals." He also announced that the Android installer companion app will be released to Google Play in the coming weeks.

The Android app is only half of the equation, though – a Windows application will also be released. We reached out to CM team member Abhisek Devkota (AKA ciwrl) for clarification. As of now, he said, both the Windows client and the Android app will be needed for installation, with the Windows side actually doing most of the work.

A new feature could be coming to CynaogenMod in the near future that strengthens personal privacy with a single checkbox. It's called Run in Incognito Mode, and it's being developed by Cyanogen himself, Steve Kondik. It's a simple feature that could change how comfortable you are with your apps. 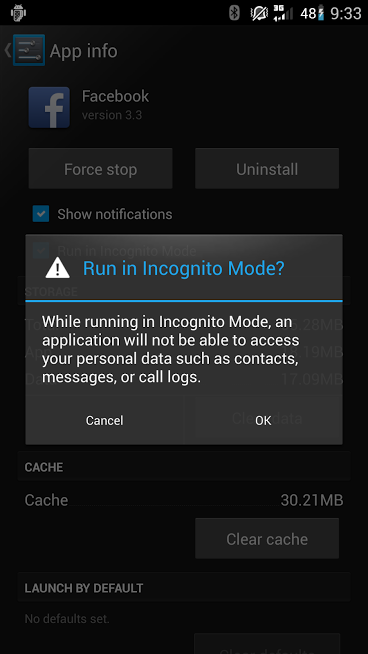