Your keyboard knows more about you, your language habits, your weird infatuation with the pile of poo emoji, and your eccentric words than you could ever imagine. SwiftKey knows even more, not only because it's been available for years and has been collecting your data for as long as you've used it, but also because it can scan through your entire email and social accounts to learn more and more from your typing behavior.

Now SwiftKey is ready to turn that knowledge into infographics (because those are cool) to let you in on the secrets of your own language and typing habits. Google Photos' decoupling from Google+ dates back to May, which means five months have now passed since. In this time, Google Photos has received several updates and gained essential features like Chromecast support and albums for adding and reordering images. Now the Photos team is ready to reflect on these five months and share with us a few stats about the app and service's use.

Photos now counts 100 Million active monthly users, but how that number is tallied I couldn't tell you. Does a single search or view count, or did they require uploads for users to be marked as active? I'm not sure. 15 Million animations and collages have been created, either manually or through Assistant.

In just 3 weeks, we expect Google to officially announce a new subscription option that will allow users to enjoy YouTube completely ad-free. In the lead-up to this, both the web service and its Android apps have received a swarm of updates and features. In just the last month, there has been a revised web player, search for 360-degree videos, and some improvements to YouTube Kids (with more to come). There has even been a pretty severe service interruption for Music Key subscribers, most likely as a result of upgrades to the software. With so much happening, it comes as no surprise that the YouTube Creator Studio app also received an update.

This shouldn't come as a surprise: Xiaomi has been on a roll for the past year. Before snatching the third global spot, it had already surpassed LG as the world's fifth largest smartphone manufacturer in Q2 2014 — only three months ago. It also overtook Samsung in China, becoming the country's biggest vendor.

Mankind loves to obsess over numbers, statistics, and data. Ok, maybe not everybody is stuck on tracking every last thing that happens; but if you're reading this site, there's a good chance you're already checking your monthly activity reports each time Google fires off an email reminder. That addiction to numbers is about to get much more interesting. Google is merging the monthly activity report with Dashboard to produce a super-sized page full of facts and stats about how you're using Google's services.

Very little has changed about the activity report since it launched 2 years ago. There has only ever been a handful of sections, and since updates were on a monthly schedule, the information wasn't exactly up-to-date.

No one app is going to make an Android device immediately safe from any and all threats, but some can make it easier to remain ever vigilant. viaProtect may one day be such a app. This piece of software gives you a basic idea where the apps installed on your phone or tablet are sending your information. It doesn't go into specifics, but it will at least show you how much of your traffic is encrypted and some other security-related information. 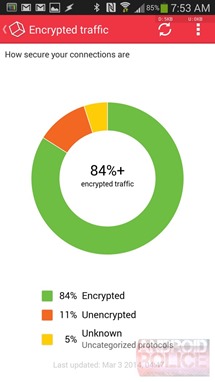 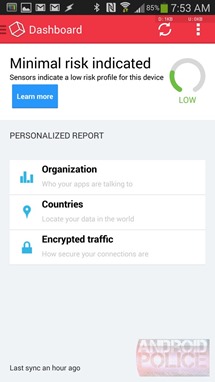 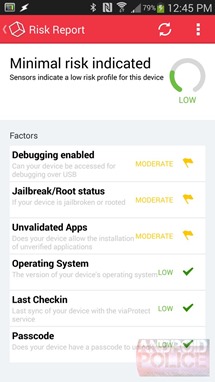 Perhaps more interestingly, viaProtect offers a look at what companies' servers your data is speeding off to and where they reside in the world.

I really enjoy having a great looking home screen with a good balance of colors and very little distraction. But I felt like destroying something beautiful by splashing tons of brightly colored pixels everywhere. The app responsible for this is PowerLine, an on-screen display that uses persistent lines to keep you apprised of almost any live stat you could ever ask for. This comes to us from Urbandroid Team, the developers of Sleep as Android. 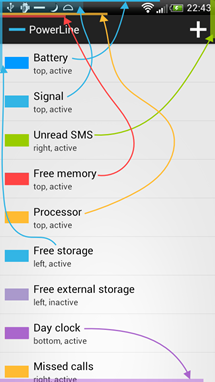 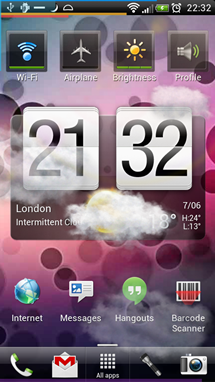 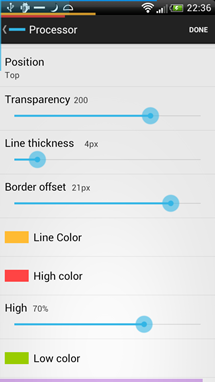 This isn't a brand new idea by any means, and battery bars like this reach all the way back to the Windows Mobile days. Plenty of ROMs and apps deliver similar features, but few of them offer quite as much customization or as many stats.

Update: So, scratch all that. Steve Kondik took to G+ today to say that CM will return the opt-out option and will not require users to share data. Though it's with a heavy heart, it seems. Expressing some exasperation, he had this to say on the matter:

It's incredibly frustrating that a handful of incredibly vocal users are ready to "fork" over the issue. News flash: there are already a hundred forks of CM... In the end though, we should respect everyone's wishes here.

CyanogenMod is one of the most popular Android ROMs as far as anyone can tell. It's actually hard to know for sure.