The interface can be themed as light side, dark side, or a neutral droid scheme. There is, of course, a countdown to the release of The Force Awakens later this year, but you also get access to various other bits of Star Wars news and alerts.

You might have heard that Disney is releasing a new Star Wars film at the end of this year. You might also have heard that it has tossed out almost all the non-film pre-acquisition content produced under license from Lucasfilm. That leaves a lot of gaps in Star Wars canon, but the upcoming mobile game Star Wars: Uprising might get things back on track a bit. It's set between Return of the Jedi and the new film. 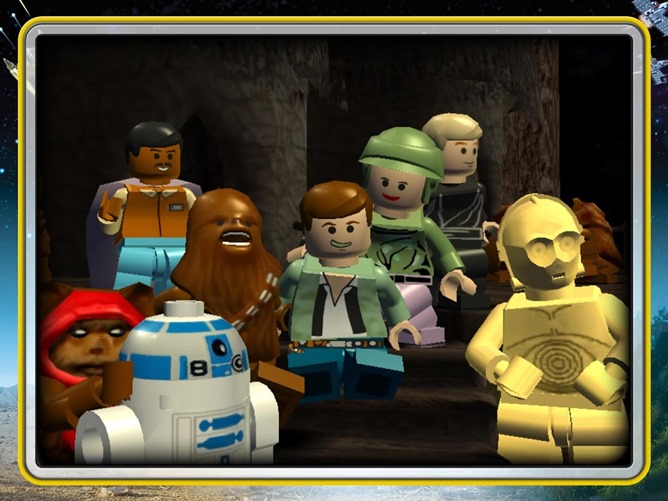 Man, there are more Star Wars sales going on today than a Jawa could shake a stick at. The latest deal features heavy discounts on both of Rovio's Angry Birds Star Wars games. If you haven't heard of Angry Birds or Star Wars before then let me introduce you to... Never mind, there isn't a single person who reads this blog (or possibly anyone in America) who isn't familiar with both of these franchises.

Angry Birds Star Wars HD features characters such as Han Solo, Darth Vader, and Luke Skywalker from the original trilogy and currently costs only 45 cents. The sequel to this smash hit (get it, smash hit, like a bird smashing into - forget it), Angry Birds Star Wars II, is an even better deal with the price dropped all the way down to 15 cents.

Disney has made a number of sweeping changes since buying out Lucasfilm to get all that sweet Star Wars IP. There are going to be new movies, but of more immediate concern is your ability to buy the old ones digitally, a first for Star Wars fans.

This is the one I've been waiting for.

Update: The game appears to have disappeared. Hopefully it comes back soon.

When gamers first met LEGO Star Wars: The Video Game in 2005, it was a multi-platform title available for the PlayStation 2, Xbox, Gamecube, and PC (along with an isometric 2D version for the Game Boy Advance). It applied the virtual toy block treatment to worlds and events from the three Star Wars prequels, and sprinkled on some of the humor we've since come to expect from LEGO over the years. The game was a hit, and a sequel followed the next year that did the same thing, only with the series' better movies and on more platforms.