The game offers pretty in-depth control over your team, including the ability to set and change line-ups, expand your home stadium, and even go scouting for new talent.

Just about everyone who has played a PC game in the past dozen years has probably heard of (and possibly used) GameSpy. The service, formerly owned by IGN, has been a major player in the social/multiplayer gaming space, offering matchmaking, stats, profiles, leaderboards, and cloud syncing. And now, freemium game maker Glu Mobile has acquired the service for an unnamed price.

Glu hopes that the acquisition can beef up their multiplayer support:

If you don't know who Trevor Eckhart is, you might remember a little piece we published earlier this year about a massive HTC data vulnerability caused by the company's data-logging operations. Trevor was the guy who found that vulnerability and did almost all of the legwork in investigating it. Since then, Trevor has been hard at work looking at more mobile data logging applications used by various manufacturers, including one written by a company called Carrier IQ.

CIQ, as it's more commonly known, harvests various user data from its host device and sends it back to carriers or manufacturers for analysis and record-keeping purposes.

Social gaming engine GameSpy has announced that they are about to release their software development kit (SDK) for developers large and small to integrate at their will.

While their lone Android title (to date) is the uber-popular Dungeon Defenders, GameSpy is actually a grizzled veteran to the console world, having helped power the social engines of companies like Rockstar Games and Nintendo for years. Similar to gaming networks like OpenFeint, the network brings all the expected features (social integration, leaderboards, in-game purchases), plus a few not-so-standard perks, like cloud storage for saved games, screenshots, and videos. 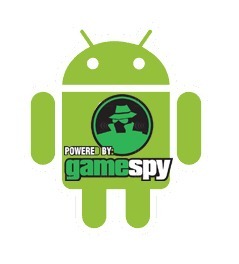 Developers will also be able to use the SDK to enjoy multi-player gaming (if they provide their own servers).