It's a sad day for the 400,000+ active users of note taking service Springpad. After six years of battling the Evernote behemoth, Springpad is calling it quits on June 25th. The website, apps, and sync features will go offline at that time, but the team is working to help you get your data out. 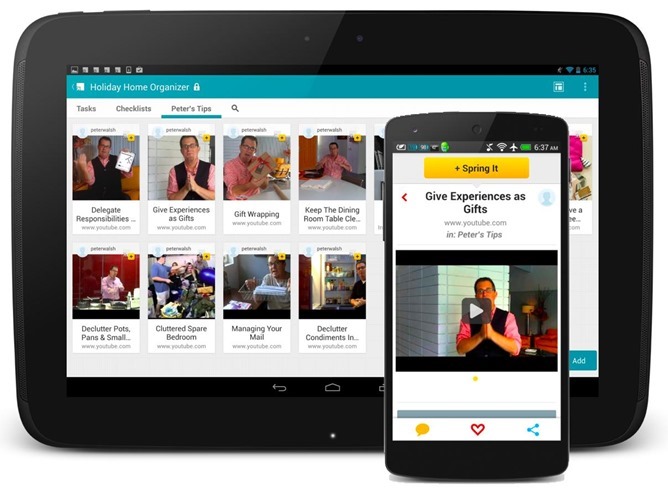 Existing users of Springpad should still feel right at home in the app, but will notice a more streamlined approach to accessing their "Springs," which also includes Springs from followed users as well.

I have a confession to make. I don't care for Evernote. 'Hang him from a gibbet!' I know, but I just prefer Springpad. Which is why I was excited today to see that the newest update brings tablet support for one of the coolest features: Springpad Board. This view allows users to look at all the elements of their notebook—be they text, photos, maps, to-do lists or whatever—as though they are sitting on a table.

Popular note-taking and organization app Springpad received an update today which brings a whole new level of social sharing and interaction to the app.

Springpad now allows users to share notebooks with specific people, so you can collaborate on projects and share ideas with the appropriate people; personalize your notebooks with themes, and easily explore and follow public notebooks. Other features added to smart notebooks include: