Some operators like showing off their coverage maps on their sites, claiming full 5G or LTE coverage in entire cities and pretending small dead spots couldn't possibly exist. But we all know the reality is quite different and the only way to find out if your new apartment, office, or temporary vacation home is well covered is to just go there and see for yourself — or ask someone who lives nearby to check it. Now you can do that remotely through the Speedtest app. At this point, there are more VPN services than anyone can reasonably keep track of, all offering roughly the same features — with varying levels of security, anyway. In case you really needed another option, Speedtest.net has now added a VPN function to its Android and iOS apps. We're in the early days of 5G in the US with carriers like Verizon scrambling to deploy millimeter wave and Sprint focusing on mid-band networks. Carriers are talking up the blazing speed of 5G, but how fast are we talking here? Speedtest has measured 5G performance in Verizon and Sprint markets to get a better idea, and unsurprisingly, Verizon's 5G is much, much faster. 5G is in the earliest stages of rolling out to consumers — unless you ask AT&T, anyway. If raw numbers can't give you an idea about how fast your internet connection is, the Android app for Speedtest.net can now adjust the dial graphic for gigabit speeds. The big four US carriers (possibly soon to be the big three) are always arguing about who has the best network, but that's usually just marketing spin. Numbers don't lie, though, and both Ookla (owner of Speedtest) and OpenSignal have new reports that point to T-Mobile as the fastest, but Verizon is right on its tail. Speedtest is the app we turn to when we either want to brag about our awesome new fiber super-mega-ultra fast connection or we want to make sure our connection is being really crappy and not our devices behaving badly. The app has looked pretty much the same for as long as I've known it, but it is getting a much needed revamp now in version 4. The procession of apps reaching 100 million downloads on the Play Store continues, and the latest to join the club is the famous Speedtest by Ookla. If you've never heard of it before, then you probably never had to test the speed of your data or WiFi connection to brag in front of friends or to complain to your ISP.

Speedtest does its job and does it well. I don't keep it installed on my devices, but I always rush to grab it when something feels iffy about my connection, whether it's uncharacteristically fast (yeah, that dream happened once or twice) or much much slower than usual.

Earlier this week Ookla teased their revised and updated Speedtest.net app for Android, and now it's live in the Play Store for anyone to download. The go-to network test for end users and reviewers alike has been completely redesigned, with a new interface, new options, and the ability to remove the advertising with a $.99 in-app purchase. That's a nice perk for frequent users. 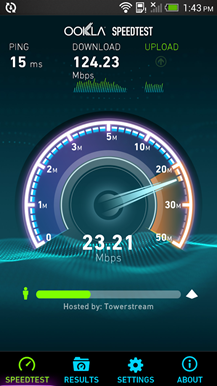 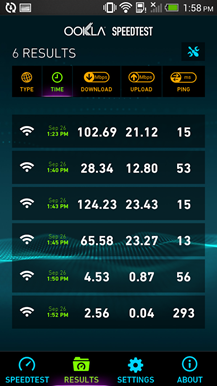 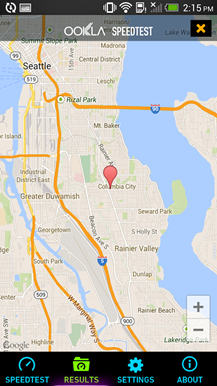 The old interface wasn't exactly awful, but it had been going for several years without any sort of refresh. In addition to the new visuals you can also view your results on a map, which should help you get a good idea of the high and low spots for your networks. 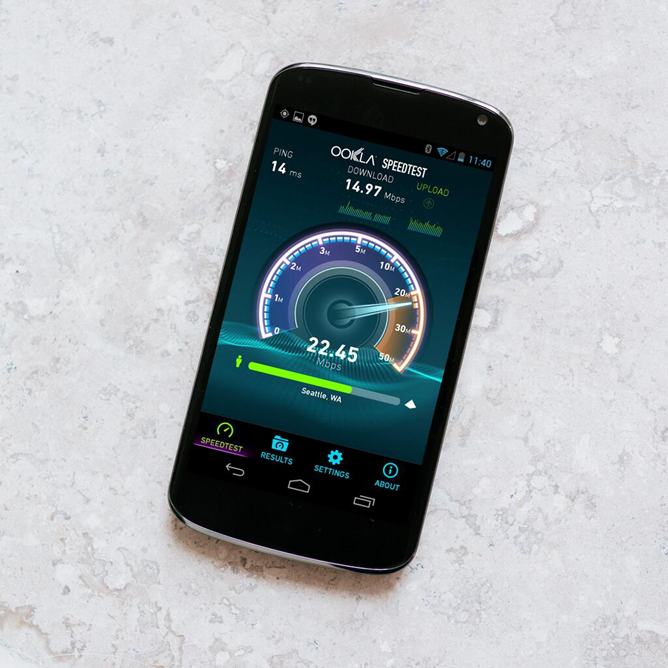 As you can see, it keeps the same familiar gauge for testing, as well as the same overall layout, but it looks substantially more appealing. And since it's running on the Nexus 4 here, device compatibility should be much better with version 3.0.